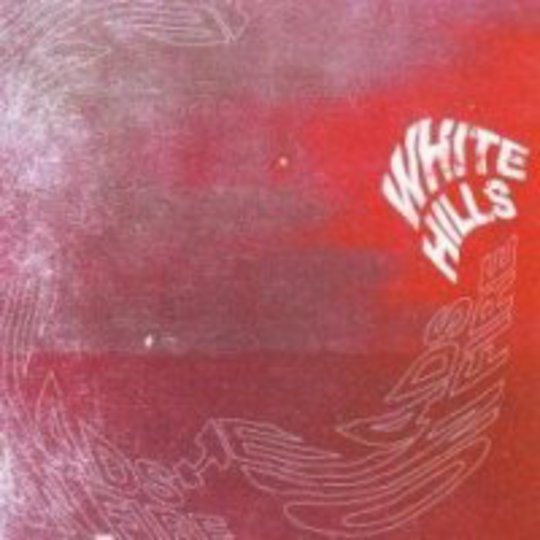 Ah, Space Rock. As one of the tracks on this very fine album suggests, don't be afraid, and don't panic either! If you think this much-maligned genre reeks of stale patchouli, un-washed hair and trips to free festivals to see Ozric Tentacles whilst gorging on mushroom sarnies and cider then you're missing the point. Early Lemmy-era Hawkwind was radical street fighting punk rock! The heads-down motorik fuzzed-out elements of Amon Duul II and Can were a huge kosmiche fuck you to the safe early ‘70s singer-songwriter status quo. Marry all of this to a righteous fist in the air stoner-punk spirit and you have the essence of what we're dealing with here.

New York trio* White Hills *are Dave W on guitar and vocals, Bob Bellomo on drums and the fantastically monikered Ego Sensation on bass. The last few years have seen the band release some now impossible to find CDRs and hook up both with Arch Drude and contender for greatest living Englishman, Julian Cope. He re-released their debut recording They've Got Blood Like We've Got Blood on his Fuck Off And Di imprint. This, though, is their debut album proper on rather fantastic London-based label Rocket Recordings. Heads On Fire throws down grungy distorted layers of sludge that relentlessly churn along. It's neither subtle nor pretty, but god damn it rocks. They take the space rock template and inject it with a battered fucked-up New York punk spirit.

A bubblegum bass riff and colossal thundering drums announce album opener ‘Radiate’, which then bursts open with some wah-wah-drenched guitar. The aforementioned 'Don’t Be Afraid' clocks in at an impressively sprawling 26 minutes: flowing with peaks and troughs, it settles into a languid hypnotic trance-like groove then builds and builds until it erupts with an arse-quaking explosion of soaring Hendrix-like guitar 17 minutes in, only to drift off into the ether again.

‘Oceans of Sound’ hangs on a tight Nebula-like riff and displays a pedal to the metal rolling groove. Its too easy just to lock into a proto-krautrock groove and thrash away with no substance, but White Hills ably manage to add some meat to the bones and actually take you somewhere on their trip.

White Hills have fashioned an album that pulses and throbs with heads-down astral power that takes one quite literally far out. Set those controls, then, and see you on the other side.