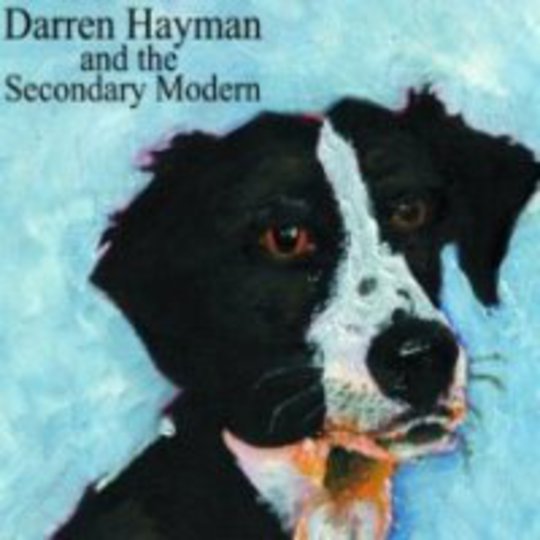 Some records discourage analysis for fear of exploding their delicate charms. Darren Hayman And The Secondary Modern is one such release; a pleasingly homespun set that exudes a warmth and humanity to draw blankets over and share secrets with.

Ex-Hefner man Hayman recruits an impressive array of sympathisers – including ‘70s underground legend John Howard, Fanfarlo and Let’s Wrestle – to craft a wide-eyed pop record brim full of cute touches like the E-Street sax that bursts in unannounced on ‘Art & Design’ or the fey gallop of mandolin that gives ‘Elizabeth Duke’ its trickling momentum.

A track like ‘Straight Faced Tracy’ conveys a heartfelt sense of joy without recourse to twee affectation, with a grounded-ness to its metaphors that’s apt for its prosaically-monikered muse: “I’ve checked out the barometer, I’ve read the weather vane / I’ve got sensible walking shoes, I’ve got a walking cane”. Standout ‘Let’s Go Stealing’ has languid charm to spare, an affable ode to idolatry that’s less kill-yr-idols and more rip-them-off-with-a-grin.

If there’s fault to be found with ...The Secondary Modern, it’s that it struggles to transcend the ordinariness of its plainly-lit subjects. While parts of the record recall Bootboys-era Auteurs without the Motown fascination, Hayman’s lyrical scope is far narrower than Luke Haines’, meaning his carefully-crafted miniatures are sometimes found wanting in terms of them having a forceful underlying vision to electrify their presence.

Still, this is more than compensated for by Hayman’s cheery optimism and unshowy aptitude for gauche details, and once ...The Secondary Modern’s country-tinged, shambling indie marches have you in their sly embrace, you won’t ever want to let go.