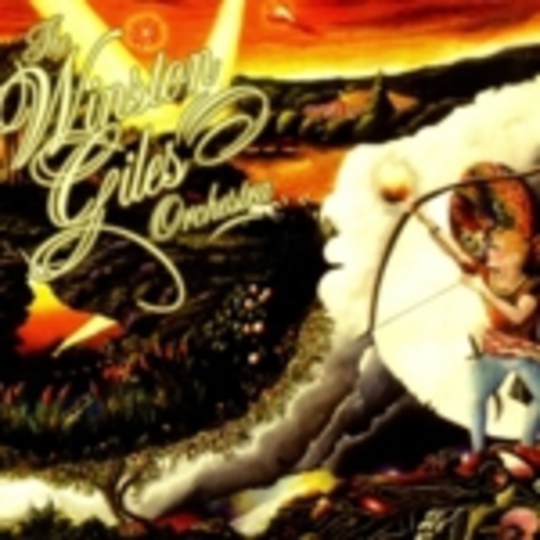 Jazzy instrumentals, relaxing arrangements, some gently molested samples and soothing beep ‘n’ squeakery fit for either the laziest of Sunday lay-ins or the most reclined of BBC travel programme montages – the Winston Giles Orchestra don't seem in a hurry to break into the 1812 Overture. That might be because they're not a real orchestra, but one of the collaborative Australian duo is called Winston Giles so they’re not total liars.

Certainly, their album title is accurate – Soundtracks For Sunrise is specially weighted for those post-club, pre-dawn moments where your brain feels slightly heavier and chill-out starts to mean something. Caught somewhere between the cut ‘n’ paste of Avalanches’ finest moments (‘A Little Song’ is especially reminiscent of the past-sampling spirit of ‘Frontier Psychiatrist’, although more comforting than schizophrenic), the kind of spun-out synthery occasionally put forward by Utah Saints at the turn of the century and the understated, edgeless drum programming normally to be found endlessly repeating on video game menus, Soundtracks For Sunrise is often reclined to the point of slumber.

But taken from its prime position as an accomplice whilst you fight against sleep and probably feel like your brain is trying to run underwater, it doesn’t fare quite so well in the harsh light of day, sounding as it does like it should be paired with the subtitle "We apologise for the loss of transmission, and hope to return you to your scheduled programming shortly". Opener ‘We Wait For Sunrise’ and ‘Revenge’ should be the soundtrack to Ceefax, not sunrise, though I’m not sure who actually watches Ceefax these days or quite what they’d make of the gentle female sex noises that occasionally glide across these soundscapes.

The reason for this album’s daylight transformation is most likely its soullessness. None of the ten songs contain anything that will particularly excite, yet at the other end of the scale, there’s little beauty to be found in its robotic, electronic approach, until the whole thing just seems neutral, grey and as cold as winter sunlight. It's the music-listener's greatest enemy: muzak.

That doesn’t stop Soundtracks For Sunrise from having its high points, mind – the aforementioned Avalanches pastiche is genuinely well-executed, whilst ‘Welcome To The Hotel’ is strikingly similar to both the voice of Jon Donahue and the melody of Mercury Rev's ‘Holes’. Past this, the rest of the album is a little flat, and even ‘Welcome to the Hotel’ has reverted to type by its conclusion.

By the time the fun is over we’re still only three tracks in, with seven still to face - much like staying up all night to watch that damn sunrise, come the end it’ll be a struggle to stay awake.