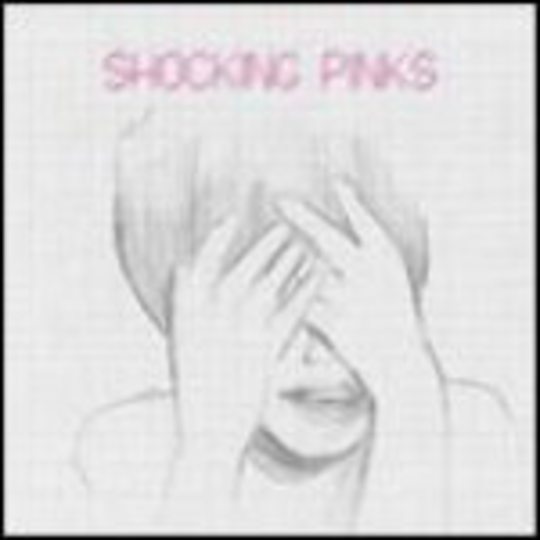 Put simply, this isn’t your standard DFA fodder. Its sooty rhythms and shimmering melodies immediately evoke a bedroom-bound My Bloody Valentine, and echo founding member Nick Harte’s work as drummer with The Brunettes, albeit shot through with a violent undercurrent which allows Harte to sneak the odd creepy couplet under the radar: "I love you when you’re happy, I love you when you’re sad / But I’d rather be a retard than be your motherfucking dad"

So far, so un-DFA. Couple that with the record’s über-lo-fi sprawl (17 tracks) and wilfully amateurish delivery, and you’ve got another potentially underwhelming release on your hands. In reality, though, The Shocking Pinks turns out to be something of a slow-burning gem.

Harte’s inept croon is the key to their understated charm as an outfit, equal parts Mary Chain insouciance and C86-style naivety. He also proves himself a sound administrator of lo-fi atmospherics, piercing the shoegazey fug with enough hissing cymbals and sinister lyrics to keep things just the right side of dark, and ramping up tension with the odd garage rocker, as on the disconcerting, Nirvana-esque clatter of 'Victims'.

Occasional forays into more conventional, dance-oriented DFA territory are judiciously executed but, if anything, feel a little underdeveloped and would be a line of enquiry worth pursuing in future. As such, 'Smokescreen' is an all too-brief highlight, its bruising bass wobble and cowbell onslaught paired with a fantastically macabre refrain: "Just take the medicine, that’s all you know".

Ultimately it’s that queasy balance between flick-knife aggression and more conventional lovelorn ruminating that gives the band an unexpected depth that transcends the occasionally indifferent songwriting, and ensures The Shocking Pinks is a record you’ll be returning to for months to come.