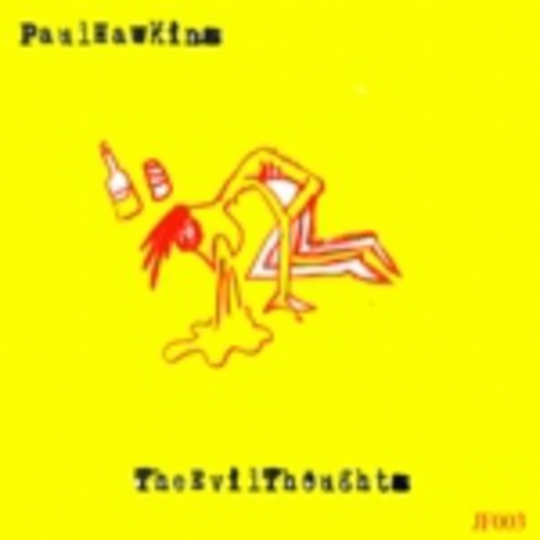 Despite best efforts, sometimes things slip under the radar, whether it’s due to time constraints, the actual physical loss of stuff under household bills and yet another IKEA catalogue or just that some releases are so slow-burning that by the time it all clicks, the release date is long gone.

Jezus Factory’s ‘Bad Bad Girl' / 'The Evil Thoughts’ split 7” is a prime example of the latter, a combination of Lil’ Lost Lou’s shoddily-recorded raucous country and the blues-stomping, alcohol-fuelled bitter despair of Paul Hawkins which merits a mention on these pages, despite the original release date being a whole three months ago. The combination of Hawkins’ bleak position (“I had that conversation with my Mother last night / the one where she said ‘If you don’t stop drinking you’ll die’”, runs his chorus) and the repetitive chord structure of the acoustic guitar and simple drums initially under-whelms, but after a while this only serves to throw the lyrics into the spotlight, and the constant tongue-in-cheek digs (“I really don’t think my feelings for you is why all I do is drink / but you’re a useful excuse for more drinking”) that pass as honesty become almost charming and amiable, though the off-key vocals might push the wrong buttons with some.

Lou, meanwhile, sounds like she’s been recorded straight to chewed tape in the most lo-fi of settings, but after a while this too transforms from its first impression, as a shoddily-recorded, up-tempo country number – harmonica, enthusiastic group woops and jaunty barn dance tempo all included - becomes a genuinely rip-roaring retro pop song, the high-mixed vocals just adding to that one-take feel.

Either this is secretly great, then, or someone is spiking my water again.