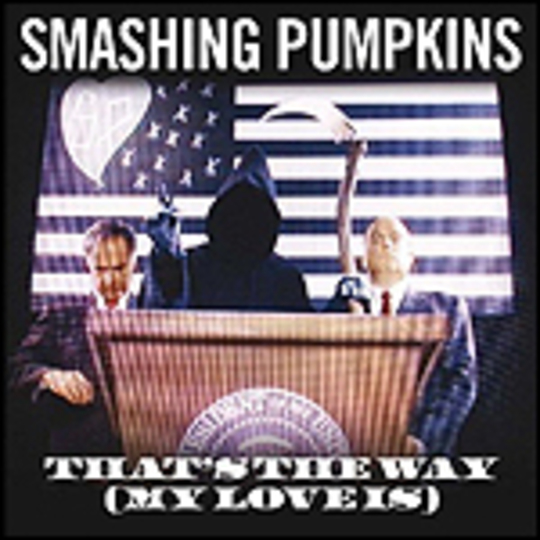 Having not heard the much-loved / much-maligned / whatever comeback album from the newly reformed / well not really / who cares Smashing Pumpkins (Zeitgeist is reviewed here), it's impossible for me to compare it to the rest of that records' offerings. I don't know if Billy Corgan is putting Zeitgeist's best foot forward here, although it's a far better single than lead effort 'Tarantula'.

Arriving in a sleeve that seems to share more in spirit with late-‘80s thrash metal than the psychedelic, spiky guitar-driven pop Corgan's band traditionally belts out, 'That's The Way (My Love Is)' sounds like it was built to wash through stadiums; it's a towering wave of metallic guitar and echoing synth-lines. It's a pretty decent stab at the bombastic majesty the Pumpkins were capable of in their hey-day which, I guess, is where the problem lies.

'That's The Way (My Love Is)' is respectable enough until it's compared to the Pumpkins’ back catalogue - and then it comes off sounding like album-filler. It's the sort of thing that been done before, and better. By Corgan, funnily enough.