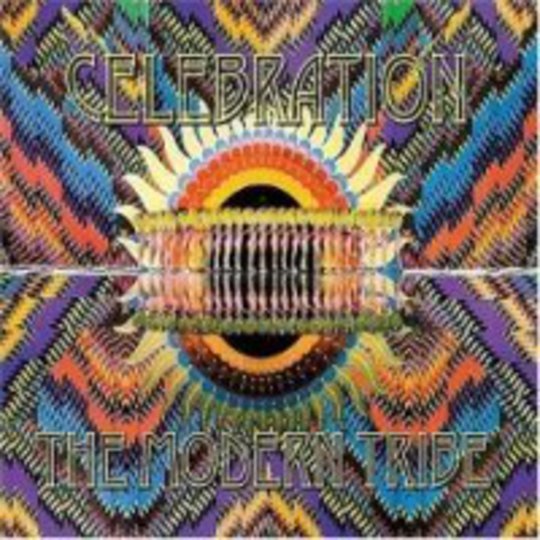 Let’s keep this simple. Celebration are a great band. Consisting of drummer David Bergander and husband and wife duo Sean Anatanaitis and Katrina Ford, the Baltimore trio spend their days crafting soul-influenced art rock that can proudly stand next to the creative highlights of their like-minded friends in TV on the Radio.

Their second album, The Modern Tribe, once again sees the band working with leftfield producer du jour _David Sitek (the rest of TVOTR also assist here at various points) to create eleven songs that fuse the group's various influences into a tightly woven cohesive whole. At its heart, The Modern Tribe _is the sound of post-punk and no-wave falling in love with the rhythms of afrobeat and a pile of old Stax records left to gather dust on a shelf. Thankfully, with Ford’s dynamic vocals leading a barrage of throbbing grooves, it’s a love affair that works.

Take the Tunde Adebimpe-guesting ‘Hands Off My Gold’ _as a case in point. Its complex percussion, organ drone and stabbing horns channel the spirit of Fela Kuti before being punctuated by Ford’s post-punk yelp demanding that everyone keep their hands off her precious gold.

Yet it’s the crashing cymbals and jerking melody of ‘Pony’ _that’s bound to find its way onto a forward thinking dancefloor over the coming months. It’s a heaving tune that finds Ford wailing away with breathy, rhythmic vocals before getting lost in spastic, Booker T.-style organs and a pounding beat. It’s also a far more danceable and cerebral concoction than anything produced by the recent hordes of glow-stick waving rockers.

Ford and Anatanaitis claim that their intention with Celebration is to create music capable of freeing the listener, even if only for a second, from the drudgery of everyday routine. The type of music that allows people to let down their guard, uncross their arms at a gig and abandon themselves to the moment. It’s an admirable goal and it even sounds like they just might have succeeded with The Modern Tribe.