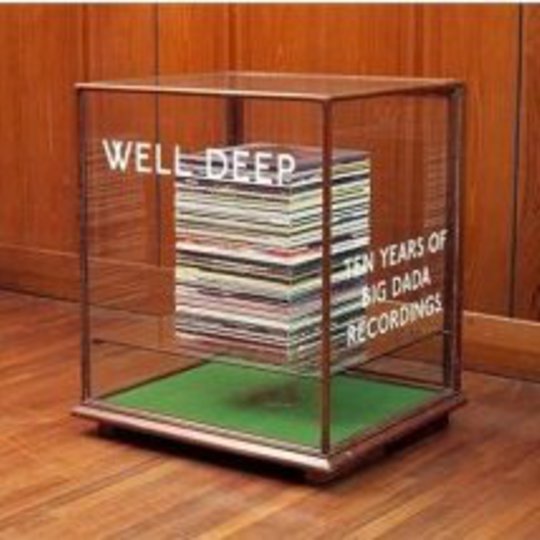 Marking the tenth anniversary of Big Dada – a label guided by Ninja Tune through its earliest forays into the industry and now very much a force in its own right – Well Deep serves as a neat potted history of one of the nation’s more maverick labels. Risks, they’ve taken a few; successes, have come at the expense of commercial failure elsewhere.

A mix of bona-fide label classics and hard-to-find tracks split across two discs (and a DVD for you audio-visual freaks), Well Deep focuses most heavily on its fulcrum artists, those whose exploits have ultimately paved the way for the new breed of acts on the roster. Thus, Roots Manuva features no fewer than three times on the 15-track first dics, with ‘Movements’, ‘Colossal Insight’ and ‘Witness (1 Hope)’ serving as a pick ‘n’ mix of career highlights to date from one of the nation’s finest hip-hop voices; *Ty* trumps the man born Rodney Smith with four selections, including ‘Look For Me’_ which pops up on the disc of rarities.

Today’s splutter-rap and super-charged purveyors of hip-hop-cum-dance music are represented, too: Diplo’s ‘Diplo Rhythm’ remains a club classic three years after its initial release, and Wiley’s wandering prose rivals his pupil Dizzee’s quite magnificently. Left-of-centre contributions from cLOUDDEAD (two, including a Peel Session take on ‘Physics Of A Bicycle’) and Busdriver lend an air of the odd to proceedings, making Well Deep something of a gem in the compilation market: a well-balanced selection that truly does sell its parent record label extremely well.

Check out our Label Profile on Big Dada here.