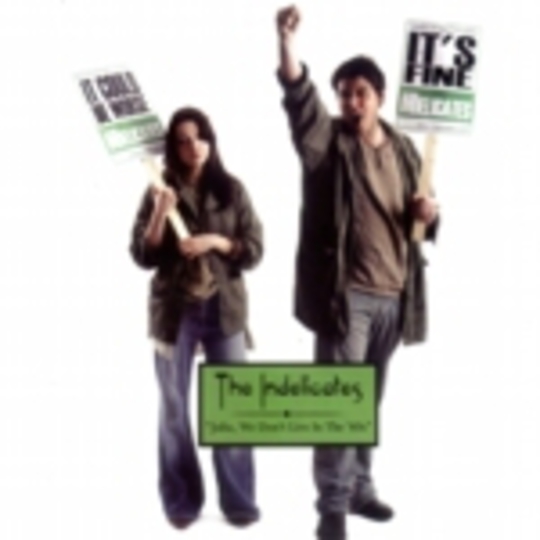 Britpop wasn’t exactly an overwhelming musical revolution – you can tell that just by looking at some Oasis lyrics – but it did it have its quirky moments, from Bennet’s ‘Mum Has Gone To Iceland’ to The Boo Radleys’ one big hit. There was just something a little bit silly about it that made it acceptable; a light relief from slanging matches in _NME_ week in, week out.

In that respect, The Indelicates have arrived a decade or so too late, but the argument still holds – there’s something about ‘Julia, We Don’t Live In The ‘60s’ which provides some light relief, whether it’s the whistling Casio keyboard line, the accent on the vocals which suggests The Supernaturals are somewhere nearby or the lyrics oft delivered with tongue in cheek is irrelevant – see also live b-side ‘Unity Mitford’, a love song to Hitler from a woman MI6 saw as being more Nazi than the Nazis themselves. It's uptempo, smirking guitar-pop, and something about its sugary texture and breezy boy/girl vocal arrangements may suck in anyone with a sweet tooth.

Obviously this isn’t for everyone though. That Julia Indelicate was an original member of The Pipettes might provide a benchmark for the kind of feel to expect - though in reality The Indelicates are far less cutesy than the comparison suggests – but for three and a half minutes it’s still nice to escape. If only it was still the 1996, they might even have sold a few thousand too.