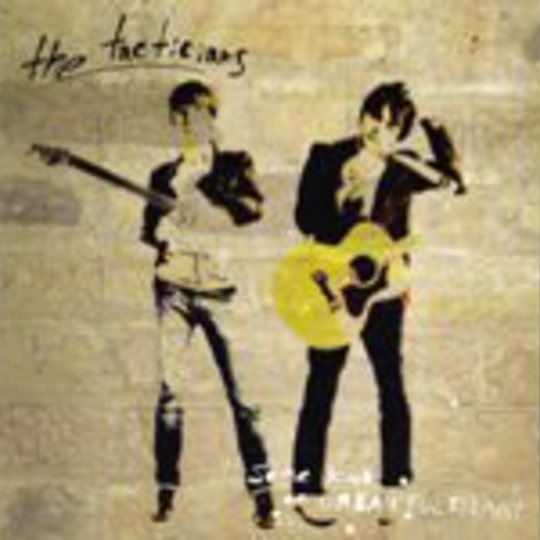 If nothing else, The Tacticians are frustrating, because Some Kind of Urban Fulfilment represents a slightly missed opportunity. Beneath the pub-rock bluster there is a collection of very decent songs here that, through a course of inappropriate production and a few bad decisions, only rarely raises itself above the mundane.

Take ‘Honey You Ain’t Needed Any More’. Despite the at-times annoying vocal affectations, it’s a delightfully venomous post-break up song that transforms itself from an introverted and brooding indie number into a true stomper by building and building until it climaxes in a fashion approaching the glorious. It’s got just enough arrogance and sly wit to stop it from being overly self-indulgent, and one wishes the rest of the album was this good.

But the production is far too clean, and Some Kind of Urban Fulfilment ends up feeling far too sanitised. The Tacticians are aiming at providing an urchin’s take on contemporary living in London, but rather than grit and filth the end result is just that little bit bland. ‘Hardcore Porn’ shimmers and floats where it should ooze nastily, and what is, on paper, a charmingly frank look at an friend who takes cock for money could unfortunately be mistaken for something far more tame. ‘London’s Alright’ is as non-committal as its title suggests, full of such vagaries as “Ask for the way and I got in a fight / I meet you in Old Street after 10 at night”, and is forgotten alarmingly fast.

However, it’s not all bad news. ‘Get A Move On’ has enough momentum and buoyancy to kick proceedings up a notch, and there’s some quite delightful melodies sprinkled around the album as a whole, most notably on ‘Girls Grow Up Faster Than Boys’. Yet the effect is diluted by the overall unspectacular sound that lets The Tacticians slip too easily into the background.

It’s not a hopeless album by any means, but nor is it a particular reason to be cheerful. It’s not offensive, just criminally bland in places, with moments of sparkle that, while not entirely redeeming Some Kind of Urban Fulfilment, suggest that given a bit more elbow grease and just plain dirt they could start to win some hearts. But they won’t just yet.