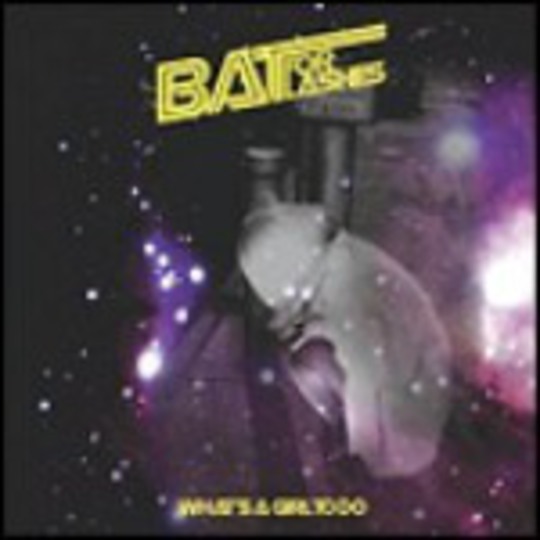 She might look the model of bohemian attractiveness prancing about on a stage in her outlandish headgear and magician’s cape, but watch out lads: Bat For Lashes’ Natasha Khan will have you for breakfast and wash you down with a nice fruit smoothie before she’s even finished her _G2_ sudoku.

‘What’s A Girl To Do’ captures brilliantly that heart-in-throat moment where you contemplate splitting up with someone, words rising from the pit of your stomach, tongue straining to shape them but the lips won't listen to the brain. How can the words be this heavy? It’s like the class dummy choking on a Shakespearean soliloquy. Push the thought down again - people can be happy in loveless relationships, can’t they? Can’t they?

Among all these shenanigans Khan intones in her starchy-vowelled English that her “bat lightning heart wants to fly away”, coming on like a posh Ronette in a Phil Spector production. It’s a darkly swooning, expertly-wrought two-and-three-quarter minutes that’s arguably the equal of anything a newly poptimistic Patrick Wolf conjured on The Magic Position.

Short but perfectly-formed, then, but you can’t help wondering if she might have taken things a little further. Maybe stick an epic middle-eight in there or something – there’s an appeal to the thought of wringing maximum melodrama from such a slender lyrical conceit that’s surely too good to pass up. But this is just quibbling, and anyway you’re probably getting bored of me by now.

Is everything still cool between us?