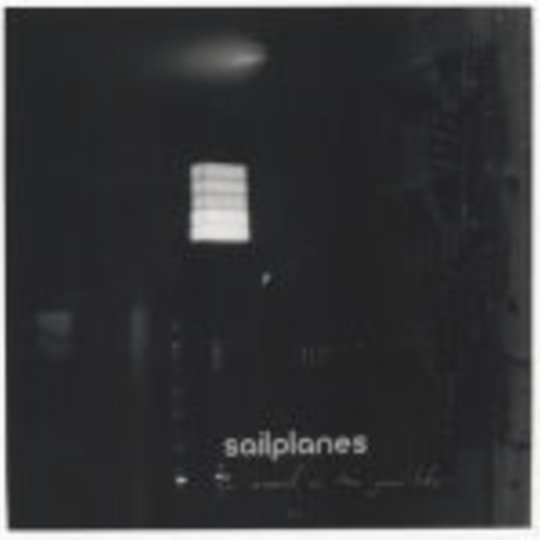 It’s puzzling to think that The Sailplanes have gone largely unnoticed for so long. In fact, the first I heard of this Laaahndan-based trio was when their debut album slipped through my letterbox last week. That very debut – A Second, Or Ten Years Later – is The Sailplanes’ noisy, discordant, and succinct raison d’etre. In short – it’s awesome.

A Second, Or Ten Years Later clocks in at just 20 minutes long. Where it lacks in length, it packs in more in intensity – all snarling vocals and dirty synths, set to a stop/start rhythm section. ‘Violent Storm’ follows, and does exactly what its title suggests – ‘cept this time with female-led vocals. The best song on the album is in fact the one that stretches itself to three minutes long. ‘Indifference’ styles itself with a zig-zag of melodic markings and a vitriolic narrative that settles in as the record’s highlight, and one that recalls – whisper it – early Placebo. Yeah, that’s a compliment.

It’s not hard to spot the Sonic Youth influence in A Second, Or Ten Years Later. However, the muso’s mantra of ‘thou shall not sound like another’ is redundant here. Wrongly denounce them as Sonic Youth plagiarists if you must, but let’s not deny the fact that these songs are damn fine. If these songs had appeared on Rather Ripped, SY fans would be proclaiming the album to be a return to Goo-era quality.

The trio aren't keen on being a tribute act though. A Second, Or Ten Years Later extends enough of their own character to last the distance. I only hope that the distance between this album and some record label type picking up on them is a short one. On the strength of this release, they deserve it.