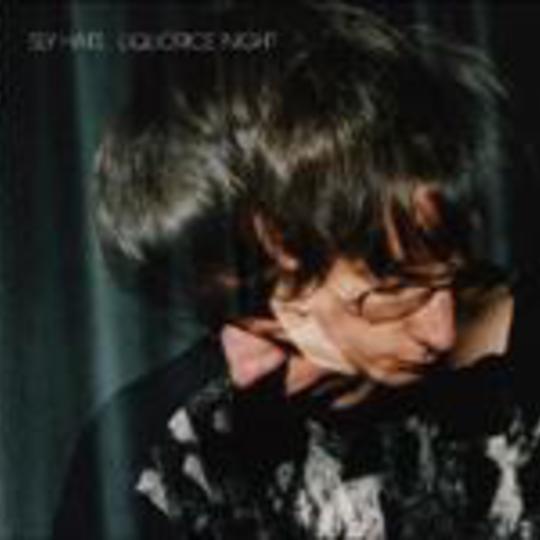 It was perfect: Sly Hats, the solo project of Geoff O’Connor from Melbourne quartet The Crayon Fields, playing in my friend’s kitchen; a bunch of people huddled and listening inside and pouring rain outside; pitter patter go all hearts in attendance.

Geoff’s heart is out there on his sleeve and he’s twee as fuck; his new album,_ Liquorice Night_, is a flight of fancy, an awkwardly beguiling, sweet and earnest lullaby. The vibe is loungey throughout, never as upbeat as The Crayon Fields, favouring slower tempos. There are very few drums: maracas and the like are preferred. It sounds very kitschy but it’s not all plastic, even if the majority of the instruments are. The production’s got a warm analogue glow that is bolstered by female backing vocals and swooping keyboards that warble deliciously amidst the album’s spindly skylines.

It’s the lightest sort of pop with lyrics that float, treading shyly but surely between cellos and keyboards. The first lines of the album find O’Connor expressing his will to be “an acquired taste”, but this record is instantly gratifying. Its slow and languid pace means that there is plenty of room for exploration. Liquorice Night is the best sort of grower: it gets more and more special every time it’s played. It’s thoroughly charming but takes its time wandering to its conclusion, starry-eyed and saccharine throughout.

There are few tracks that deviate from this very assured aesthetic, but when the album is, overall, so very well realised it’s hard to fault an artist for the occasional sidestep. Like someone like The Clientele, Sly Hats’ music is largely about moods; this is the sort of records that changes the temperature and the light around you, whisking you away to a private place full of bossa nova keyboard programming (see: ‘Will You?’) and layers of boy/girl vocals floating above the gentlest and most restrained instrumentation you could hope for.

It’s a nocturnal record, for sure, but one that lends itself equally perfectly to a bleary-eyed morning simply because, mush like the over-indulger in all of us, it’s happy to dawdle about its business and does so just so delightfully, focusing on tone and creating imagery (via lyrics and chords) to get lost in along the way. It is a little syrupy at times – perhaps a little too much – but if it were in fact a sweet it would certainly be the liquorice of the title, and it possesses a strangely bittersweet flavour. This mood O’Connor’s crafted, it’s extremely sophisticated. I just wish it was summer again in the southern hemisphere, so I could sit on a rooftop, overlooking a garden, with this wafting into the twilight.