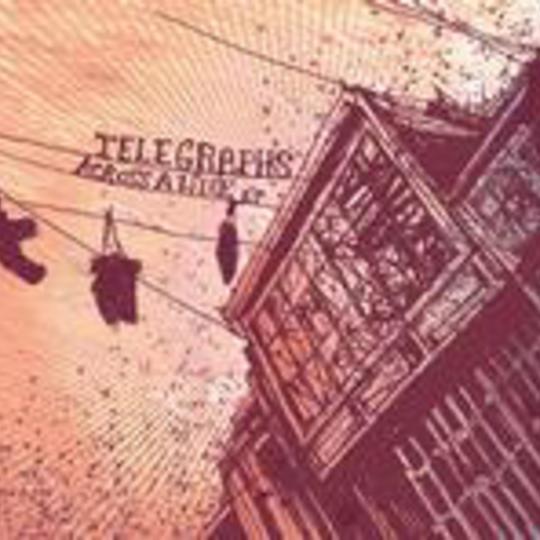 Already quite a prominent force in their hometown, Brighton five-piece Telegraphs display both a rugged edge to their songwriting and a tenacity for absolute perfection on this 5-track EP.

While most of their peers have chosen the obvious routes to initial grooming and ultimately disappointing notoriety, Telegraphs adopt a more studied approach, choosing instead to craft their songs in a similar vein to the likes of Mansun and the Longpigs.

For a band that's pretty much still in its infancy stage, their musical palette has to be admired, mixing gut-scraping chords of derision like those that punctuate 'Notes From An Exit Station' with gentle, swooning harmonies courtesy of Darcy Harrison and Hattie Williams.

Standing out like a sore thumb though is the remarkably incisive cut of 'No Friends, No Enemies', which as its title suggests, doesn't care who it offends as allies are taken captive then hurled like stones from a 4th storey window overlooking the pier.

And who was it that said it was getting boring by the sea, huh?