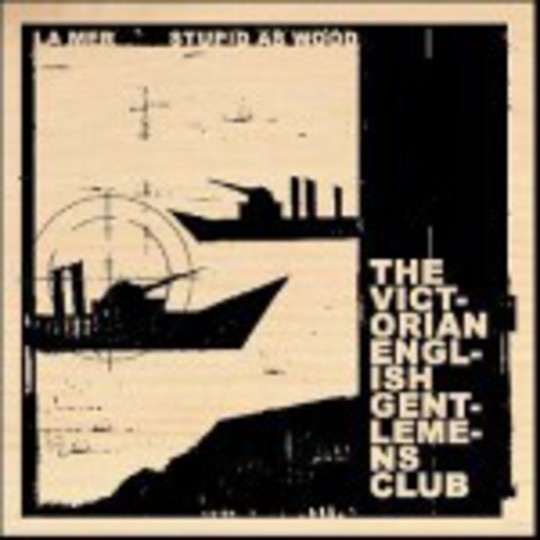 The Victorian English Gentlemen's Club are fast becoming the Marmite of the underground music scene. Their name alone can breed equal parts fascination and fury as to whether or not the casual listener (i.e. you) would actually want to check them out in the first place. Add to that the fact that they've gained a less-than-salubrious reputation as being Artrocker's favourite band and before the cries of "style over substance!" have subsided, it's all over in an instant.

Which is a bit like this single, really. While a-side 'La Mer' is the kind of jerky, screechy post-punk you'd probably have expected, its sister 'Stupid As Wood' opens up a whole new world of possibilities. After all, why else would it get _aa_ status, huh...?

Okay, so maybe that's being a little over-dramatic, but the Dead Kennedys-style intro which quickly phases into a Pixies-like chorus about (admittedly) nothing in particular at least suggests TVEGC have their ears tuned to a whole lot more than many of their peers.

All they need to do next is translate that into a worthy three minutes and the scenester tag will have disappeared before you can say "shoplifters!". Promising...