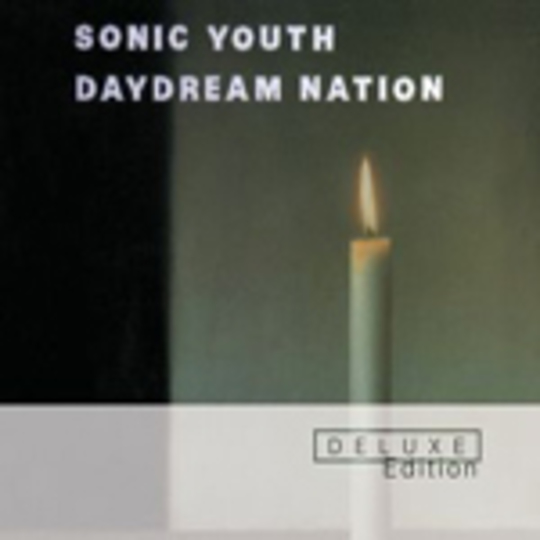 When Daydream Nation first appeared at the tail end of 1988, it was greeted with equal amounts of surprise and elation; the former probably due to the fact that it heralded a major musical departure for Sonic Youth compared to their previous escapades into uneasy listening, avant-garde territories, and the latter because Daydream Nation simply rewrote the rulebook, welding segments of noise with straightforward rock 'n' roll tuneage, not to mention lyrics ranging from Hendrix eulogies to Warhol-inspired LSD trips and high school murderers.

More importantly, of course, is the fact that Daydream Nation signalled a change in attitude and stance on both sides of the pond. Their next two records (Goo and Dirty) may have been more commercially successful, and the intertwining period between the two tagged 'The Year That Punk Broke', but this was the trailblazer to all that followed in its wake.

Looking back, 1988 really was a groundbreaking year for music: alongside Daydream Nation was the equally incisive triumvirate of Isn't Anything, Surfer Rosa and Superfuzz Bigmuff. Obviously, several global popstars-in-waiting spent the ensuing months studying each and every one of these records' ostentatious paths, and grunge was born.

But back to the record at hand: Sonic Youth's fifth full-length album. Self-produced and initially released via the soon-to-be defunct Enigma imprint, Daydream Nation epitomised the mid-point on the axis where lo-fi sensibilities and stadium possibilities could meet up, have lunch, swap numbers and go their separate ways as life-long buddies.

The original release runs to 14 tracks in total and - let's be honest here - if you haven't heard these songs already then you really should. From the opening bars of the now legendary 'Teen Age Riot', Thurston Moore's ode to making something happen rather than waiting for someone else to do it, to the closing segment of the album's Trilogy piece 'Eliminator Jr', Daydream Nation doesn't just stand the test of time but remains a cornerstone for any budding artists aspiring to be in a band.

Of course, with this deluxe edition come extra tracks. The re-mastered original doesn't sound that much different from the original – unless you have played your original vinyl copy to death you won’t notice much in the way of change. But the extras are worthy of your hard-earned cash alone.

An acoustic home demo recording of 'Eric's Trip' by Thurston Moore rounds off the first disc, but it's on disc two that the realisation of just what an astonishing piece of work this record is kicks in. Entitled Live Daydream, it collects live performances from various shows, even so far as the double-edged breakdown of 'Total Trash' (complete with sibling 'Totally Trashed') and the Trilogy of 'The Wonder', 'Hyperstation' and 'Eliminator Jr' in its full, uninterrupted glory.

Tagged onto the end of the record are four, extremely hard-to-find (unless you're an eBay anorak) cover versions, the best of which sends The Beatles' 'Within You Within You', which comes on like it’s on an MDMA induced magical mystery tour of its own. Add to all this an insightfully informative booklet and you're left with arguably the most essential (re)release of 2007.

Still as compelling to this day, and utterly timeless.

The Strange Death of Liberal England, Fury Of The Headteachers at Leadmill, Sheffield, South Yorkshi

Transformers: Music from and Inspired by the film