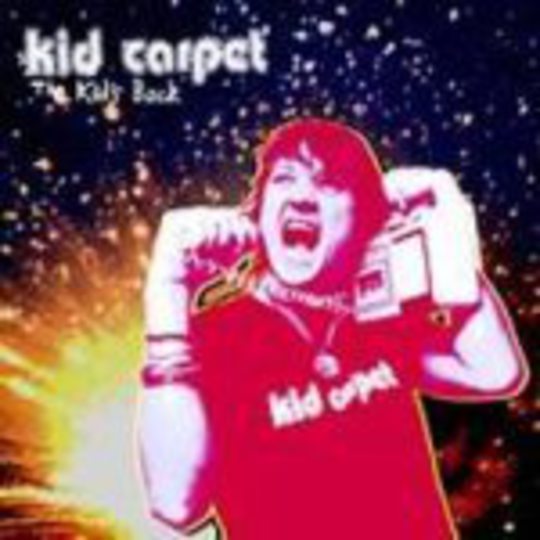 Is Kid Carpet taking the piss out of all of us? Is he taking the piss out of himself? Does he exist, or is he just some fictional construct designed to utterly fuck with the heads of anyone who realised Nathan Barley was a joke, in some kind of post-proto-spazz-pop way? Buggered if I know. Actually, I’m fairly sure he’s real.

The Kid’s Back EP is just under 12 minutes of batshit insanity that is only slightly reined in by KC’s adherence to what could be called pop song structures. You’re aware that there’s a chorus on ‘She’s a Vegan’ but it doesn’t make sense in any conventional sense of the word. It manages to sound both sneeringly arrogant and pleadingly earnest, but that didn’t stop ‘Employee Of The Month’ from being one of the most painfully annoying songs to have invaded my ears on a first listen. But then something clicks and it becomes obvious that KC is taking the piss, but he’s alarmingly good at it. He’s created a cacophonous rave that almost screams for some ironic yellow Day-Glo sunglasses and beer, lots of beer.

Then again, ‘Make It Look Good’ sounds like a coherent attempt to make an actual pop song. It works, but somehow sounds a touch tame when compared to the nonsensical burps and beats on the rest of the EP, and you just want KC to chuck in some more stupidly high-pitched keyboard riffs that sound like midi versions of death metal guitar solos. The Kid’s Back is utter bollocks on the first listen, and a strange kind of brilliant the second and third times. Good trick, eh?