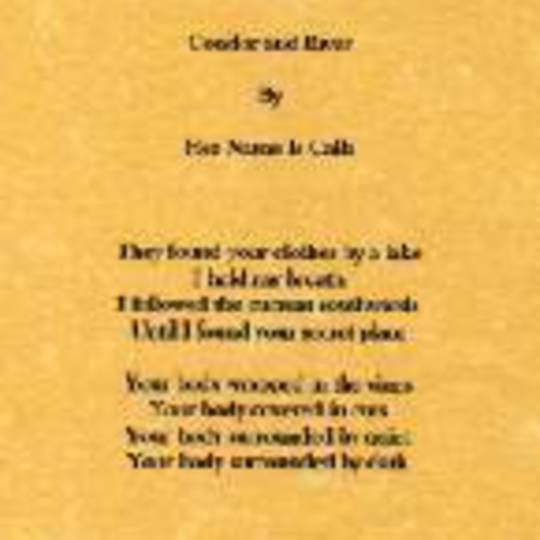 Rarely has a piece of music actually sounded so idyllic for a setting far beyond your wildest imagination.

Although it clocks in at 18-minutes long, don’t be put off by 'Condor And River'. It is, quite simply, a breathtaking journey. We begin by a deserted roadside, probably somewhere in the Rutland countryside, that runs and hides at various intervals through a maze of trees and undergrowth, before arriving at its tragic end in shallow waters several miles later.

"They found your clothes by a lake," utters Tom Morris some seven minutes into the already haunting overture of guitar and percussion, struggling to retell the harrowing story that envelopes 'Condor And River' from beginning to end.

Musically you could say this is somewhere between the vast historical landscapes of iLiKETRAiNS and the organic simplicity of Shady Bard, yet all the time there is an overtly sinister edge that suggests something life-changing (or should that be ending?) is about to take control at any second. Almost like the incidental music to a short narrative about one man's struggle and ultimate failure for survival, in fact.

Whatever the inspiration for this, it sure as hell makes listening to straightforward three-minute trad-pop songs impossible afterwards, and simply begs the question: why can't all artists be as ambitiously prophetic as this?