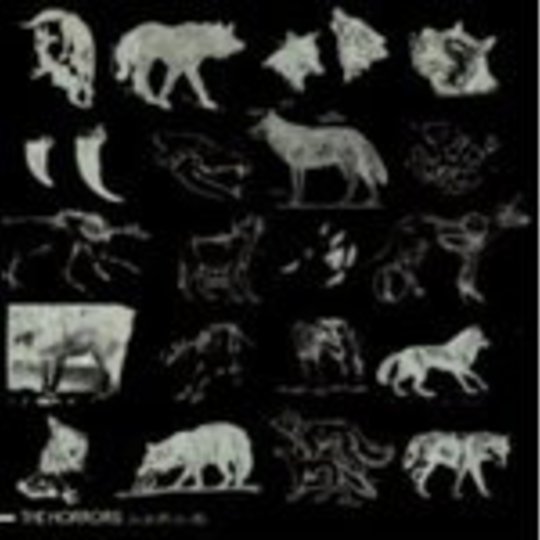 This is the fifth single from The Horrors’ Strange House debut, which means one thing and one thing only: The Horrors are still desperately trying to get somewhere, and their label is still desperately trying to make some money. Going all-out on the aesthetic has certainly put people off, which is understandable but a mistake – while The Horrors aren’t an essential, life-changing listen, they still have entertaining moments to offer.

_ ‘She Is The New Thing’_ is certainly one of them: a grimy, two-and-a-half-minute growl, driven by throbbing bass and haunted house organ. For once, Faris Badwan is brought to the front of the mix and actually intones the vocals with both character and clarity, rather than getting all over-excited and mumbling his way through. Okay, okay, so mostly this is just the title repeated over and over, but being able to hear what he’s singing really does make a difference, even if we can sum the message up with this statement: he sees a fit girl, fancies her, has his wicked way, and then gets bored.

It’s this song’s disposability that renders it enjoyable but useless; the kind of album track that works well in context but doesn’t fully grab you on its own. As a single it simply isn’t strong enough, and it’ll be a big surprise if it lures any more than a handful of new listeners to Strange House.