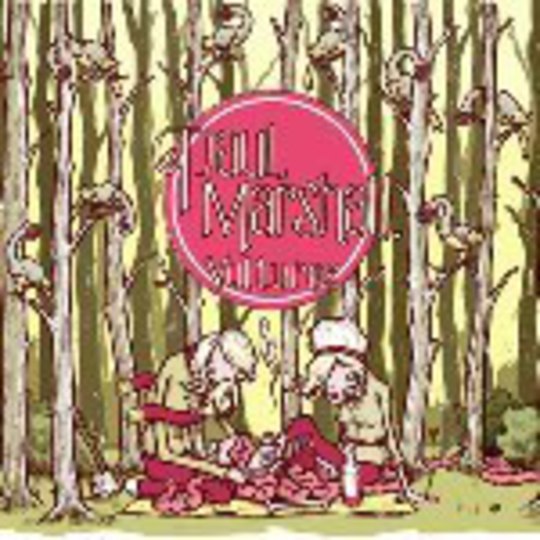 Vultures are birds that feed on carcasses. Rather than working to feed themselves, they wait for larger animals to die and then feast on the unchallenging remains. Paul Marshall's debut LP contains references to lions and other predators. Lions are brutal pioneers that live with the objectives of staying alive and fucking and killing. This, though unpleasant, is a far more honourable and exciting way of living. Unfortunately, Paul Marshall's debut shares more with the animal of its title.

To his credit, he has waited until his targets are dead (or as good as, anyway) before he thrusts his talons into their guts. The up-down-middle picking patterns are pure Paul Simon (as good as, remember), but without the strident rejection of traditional guitar artistry of the flat-capped Ladysmith-loving Chevy Chaser's early work. Similarly, the vocal display is pure Nick Drake, which, at first listen, isn't a bad thing at all, but far too often we hear it descend strangely into acoustic nu-metal beefiness and over-egged yearning for not much at all. This vulture is sadly preying on those too weak to defend themselves. I mean the dead, obviously.

The most annoying aspect of this confusing record is that it will probably be hailed as a massively refreshing step away from the latest ream of singer-songwriters to cream themselves in your face with over-emoting, but in truth it's not as clever as that. It's a case of, "ooh, aren't harmonics and hammer-ons delicate!" on the nicely-played but ultimately deafeningly derivative 'A Place On The Map', and the sick croons of 'Sea Full Of Trains' would literally not look out of place on an unplugged Incubus record. For these backward reasons, and even though Marshall is a comparative breath of fresh air, Vultures is ultimately a shell of a record.

There are nice corners hiding in there somewhere, sweet plops of xylophone and various other accoutrements, but it is not enough to escape the shadow of influence cast by Marshall's idols. Coupled with cloying over-emotion and quite a deplorable sound-alike factor, we can measure the distance this record needed to cover to become part of the alt-folk singer songwriter canon. Alas, it falls short.