March Of The Lonely 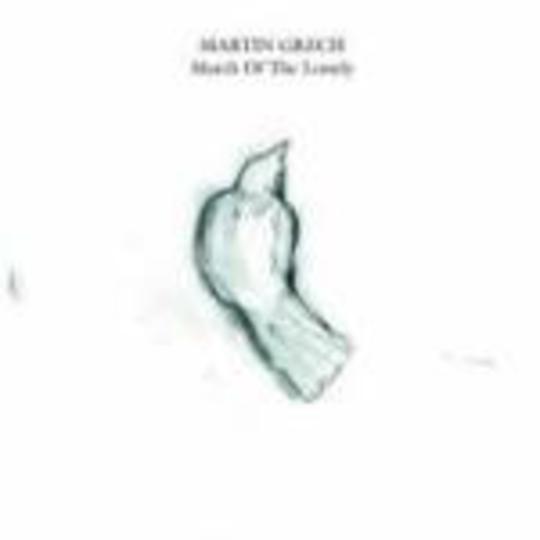 It’s with a huge sigh of relief that we can announce the arrival of a new Martin Grech record. A_ huge _sigh. Because this man represents a beacon of light in an otherwise dark, sales-obsessed industry, and if it ever gets too much for him and he stops fighting, we may as well all give up too.

After two albums on Island Records, Grech has been dropped and forced to forge his own way. March Of The Lonely appears on his own label, and it’s just as haunting as his previous records, though Grech has never stripped back his sound this much before.

The tone is singular, for once - there are few temperamental jumps between time signatures and crescendos. Instead, acoustic guitars and pianos layer up on top of each other to create dream sequences, Grech’s mournful vocals sliding slowly over the top like lava from a volcano. Drums are almost entirely absent, yet you hardly miss them: standout track ‘The Heritage’ more that gets away with just a few handclaps and tambourine shakes.

This track and several others are notably upbeat. Yes, Grech still sounds like a Thom Yorke/Jeff Buckley protégé, but there’s enough of a Nick Drake influence here to suggest a bright, organic feel. Unfortunately, it isn’t prevalent - mostly Grech is as melancholic as he’s ever been - but the mood shifts certainly keep you interested, and when he does let a bit of happiness in, the results are fantastic.

However depressing ‘March Of The Lonely’ is in tone, the richness of the songs and the daring of Grech’s reinventions render this a captivating listen. Long may he continue.