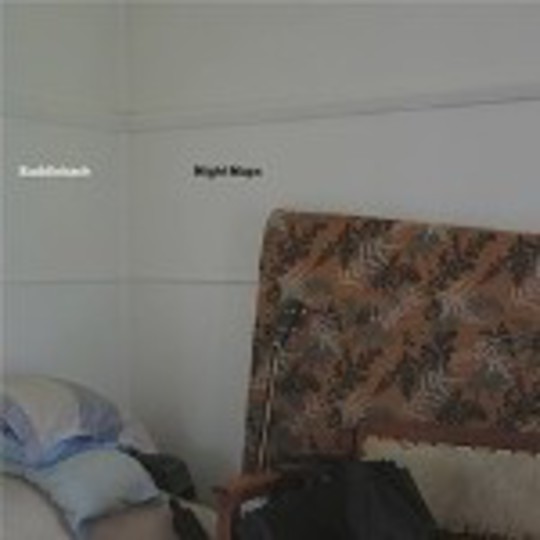 It’s easy for me to form an image of Tony Dupe, producer: working feverishly, I presume, behind all sorts of equipment, switching one instrument for another, recording, reworking Night Maps tucked away in the remote Kangaroo Valley (a tiny and isolated and beautiful little valley near Sydney in Australia) studio in which he resides. I have the same image in mind for him as musician, and here on Night Maps (his second solo album under the Saddleback title), whether or not this image I’ve conjured is fitting, the notion of craft is certainly important. It’s the slow contemplative stuff that’s so well-paced and intricate that it just has to be the work of a perfectionist.

In terms of pace, there are plenty of variations throughout the record. Tracks like ‘Rain in Sea’ twinkle and shimmer, dawdling; others like ‘Dance Card’ are propelled by piano loops and violins. Then, in other spots like ‘Hanging at Picnic Rock’, drums kick in and the focus is on the beat as well as the backdrop. These sounds push and pull at each other across Night Maps and it’s vast tapestries. It’s a solitary sound, even if he is helped out in places by various guests from his label, Heavy Records. The atmospheres are dense, but it’s always palpable as the work of one mind; there’s a clear vision, a dark sense of beauty in these soundscapes, these sound maps.

Apparently Tony Dupe has never heard The Books. For some reason when I first heard Night Maps the first words out of my mouth were, “Oh, this sounds a bit like The Books”. But it really doesn’t; it veers much further towards ambient territories, textural and dense. There are just so many instruments weaving in and out. Sure there are elements of collage, but Dupe’s cutting and pasting a whole new range of stuff and, sparing a few guests here and there, it’s all his; uniquely and earnestly laid out. It’s hugely organic, too, and never clinical; it’s easy to treat it as evocative of my imagined concept of Kangaroo Valley. Night Maps is an extremely apt title for the way this record sounds: it’s all mapped out, never with contrivance or much evidence of just how all its parts fit together seamlessly.