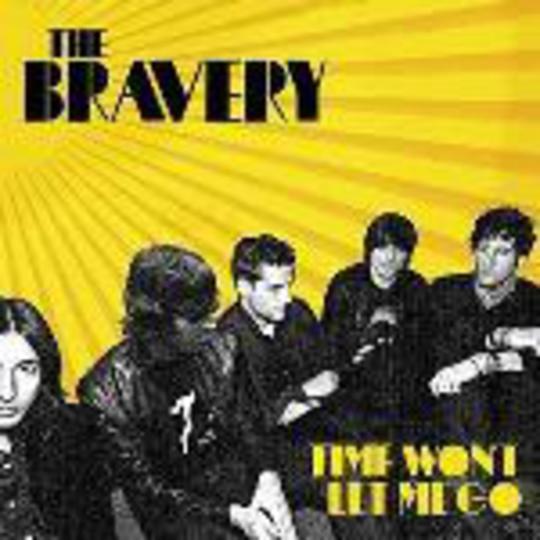 At my old primary school many years ago, one of the first things me and my classmates were asked to do was describe what we wanted to be when we grew up.

As expected, most of the answers ranged from film star to footballer to just plain famous. Of course, the most popular answer was ‘pop star in a rock band’, and one suspects that the kind of ‘rock band’ most five-year-olds aspire to would be something like The Bravery.

They sure as hell look the part - a stylist's wet dream, each and every one of them - but musically they're about as potent as slimming pills whilst containing more obvious reference points than the plagiarists’ handbook.

Accessible enough, if your taste in wallpaper can sing back to you in monotone magnolia, 'Time Won't Let Me Go' is one of those sickly ballads you could imagine being played when one of the main characters pops their clogs in The OC or some equally monstrous American soap. Sentimentality has never sounded this fake.

What's even more distressing about this comeback single is that for a band who've already been hung, drawn and quartered by their detractors for their previous efforts, 'Time Won't Let Me Go' is actually far worse than anything off their 2005 debut record, and doesn't even deserve to be mentioned in the same sentence as the infinitely superior 'Unconditional' or 'Honest Mistake'. So from this moment onwards, I won't...