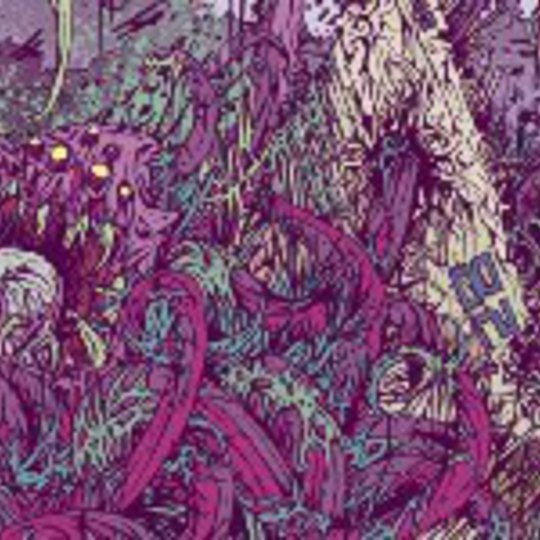 Their first release since leaving Nottingham indie In At The Deep End for the bright lights of a major down London way, ‘Abandon Ship’ is Gallows’ lesson in love, delivered in typically acerbic fashion: ditch the bitch, abandon ship, splash about ‘til a passing whaler picks you up and tell ‘em the tale by spitting blood and snot all over their weathered faces, filling the cracks with rapidly congealing filth.

“I never loved you anyway” bellows our hero at the core of this swirling, disorientating shred-yr-head fest; like most things racing their way from the torn and tattered throat of Our Frank, you fuckin’ believe what he’s saying. Bitch is more than likely gonna wind up in a ditch, face down and pulse free. To be in her shoes ain’t no picnic; Frank certainly has space on his slender frame for a neat R.I.P. Whoever tat.

Criticising Gallows’ one-dimensional approach to punk-rock composing is a pointless exercise – their lack of embellishments, of flair beyond the most basic of deliveries, is essentially their (not exactly unique but riveting nevertheless) selling point. And it’s one that neither DiS nor Warners, it would seem, want to change for all the dirty rotten cash in the world. If keeping it real truly mattered then Gallows wouldn’t – they wouldn’t be able to afford to tour, so the likes of me and thee wouldn’t be able to lose our shit to songs like this. For once, praise the major in question for their impeccable taste… and hope to high Heaven that at no juncture to they politely ask Frank to, y’know, tone things down a wee bit.

There’s plenty of space on that torso of his, after all.

Built To Spill at Fez Club, Reading, Berkshire, Sat 19 May