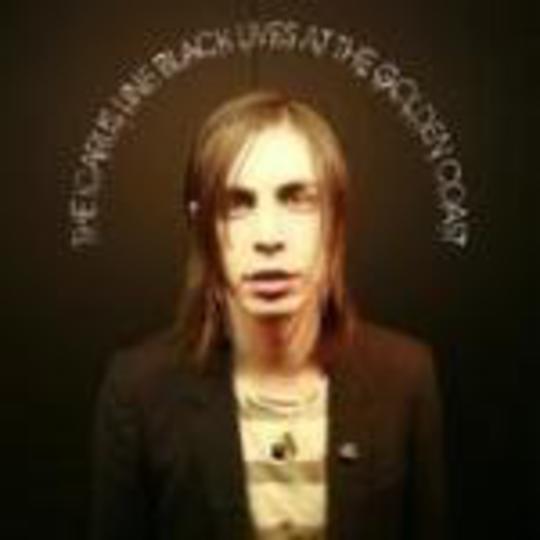 My favourite story involving The Icarus Line - and trust me, there are many - is the one about their drummer Jeff ‘The Captain’ Watson, while backstage at Leeds Festival in 2004, attempting to fight all five members of metal band Avenged Sevenfold. At once. Despite being thrown out of the VIP area following the initial scuffle, the bit-rubbish metallers returned with a group of minders in tow to seek revenge on the hapless drummer. Watson only narrowly averted danger by – and this only adds to the excellence of the story – being saved by a member of TV On The Radio, who escorted him back to The Icarus Line’s tour bus equipped with, according to Watson, "a broken bottle, a lantern and a machete" for protection.

This proves that a) The Icarus are far more ‘rock’ than Avenged Sevenfold (minders? Five on one? And you still lost?) and b) The Icarus Line are crazy.

But most of us already know this, absolutely thanks to Wikipedia. With an eight-year career fuelled by drugs, increasingly improbable rock and roll antics already behind them, and a Spinal Tap-esque selection of former members (the band have lost seven altogether, over the course of their three albums), The Icarus Line are a publicist’s wet dream. They’re also – thank God – the antithesis to people prancing up and down West London thrashing away on battered acoustic guitars, pretending they’re oh-so street. Yes, we need The Icarus Line right now.

Followers of the R ‘n’ R religion may remember that the quintet’s second album Penance Soiree was a significant move away from debut Mono: it was as influenced by an apparent love of The Stooges and The Birthday Party as the first was informed by, say, The Jesus Lizard. Black Lives At The Golden Coast continues from the latter record, cocking a hat or two the way of The Jesus & Mary Chain – as wonderfully illustrated on ‘Gets Paid’’s sidewalk-surfer style rock pulse and the bleached, dreamy haze of ‘Slayer’, a sun-drenched stoned paean to their Californian home (previously recorded by Giant Drag). Standout track ‘Fshn Fvr’ – probably not an abbreviation of ‘Fishing Fever’ – is a slow-mo, narcotic ballad, reminiscent of Primal Scream in Bobby Gillespie’s prime. It’s one of a handful of tracks wholly worthy of carping on about. (Oh my God, I’m so sorry about that pun.)

The Rock is, naturally, still heavily represented: opener ‘Black Presents’ is a screaming, bass-throbbing signal of intent. Be assured that The Icarus Line still radiate menace. The messy, feedback-drenched squall of ‘Amber Alert’ also attests to the fact that they truly live the rock ‘n’ roll lifestyle as hard as they play up to its myriad stereotypes, with a sly wink and a slight nudge. The intensity of ‘Amber Alert’ is matched punch-for-punch by the sonic assault of ‘Frankfurt Smile’, which grinds its hips with a blade ‘tween its dirty teeth. Oddly enough, the balls-out heavy punk of the title track sounds like an excerpt from Ash’s Nu-Clear Sounds record. If, of course, that disc hadn’t been crap.

As the free-jazz stylings of album closer ‘Kingdom’ - all unrestrained horns and sax - brings things to a close, you’re left to reflect on the thought of music without glorious, dishevelled, unrepressed rock ‘n’ roll like this. It’s a horrible idea. We need more punk rock in the vein of this, more punk with a little soul on its tattered sleeve. The solution to our insipid-rock woes is simple: support The Icarus Line.