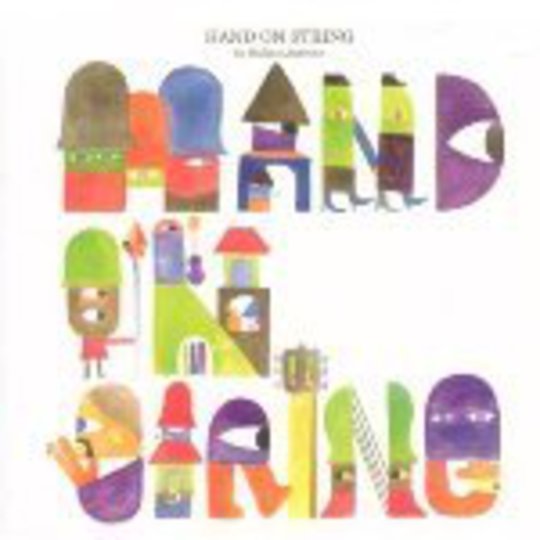 Michael Andrews is that bloke who arranged that Tears For Fears song for that film Donnie Darko. Should this make us excited? Probably not. The expanded discipline of full composition is a world apart from mere arranging of existing material, no matter how flat your cap is. Happily, Andrews makes a decent effort that lovers of Mark Mothersbaugh will appreciate for its safe quirks and nifty instrumentation.

The tricksy harpsichord-esque opening plinks of acoustic guitar on 'Something Already Happened Again' are joined, wonderfully, by hushed choral voices and snuffling concrete sounds with such lulling effect that the onset of the following track, 'Tracings', is immediately disappointing. It's not bad at all, but the dulling baritone voice of Michael Andrews is nothing compared to his instrumental prowess. 'Just A Thought' has the funniest synth ever and tripping rhythms aplenty, but we have to wade through some queerly abstract poetry about not much in particular before we get the pay-off.

Those moments of interest become coat-pegs for the songs to hang on, but the garments become slightly dreary (this is one metaphor too far…) and end up resembling a pashmina from Laura Ashley: lightweight and a little too flowery to be considered anything other than a diversion. Nice as many of the songs are (particularly the closing whisper of 'Something Already Happened', part of a not-that-elaborate oscillating structural device), the listener rarely gets the impression that this is going to topple the world from its orbit and knock everything sideways. It's probably not supposed to.

That fact (it's oh-so different to opinion) in itself limits any appreciation one might have of Hand On String. While it is thankfully more considered and intricate than the majority of myriad solo males, there is a definite rest on the laurels, and a carelessness that limps a little too far past being care-free. When the moments of clarity appear, Andrews is luminous and fully interesting. These moments are, however, buried.

It's Getting Boring By The Sea