Losing The Will To Survive 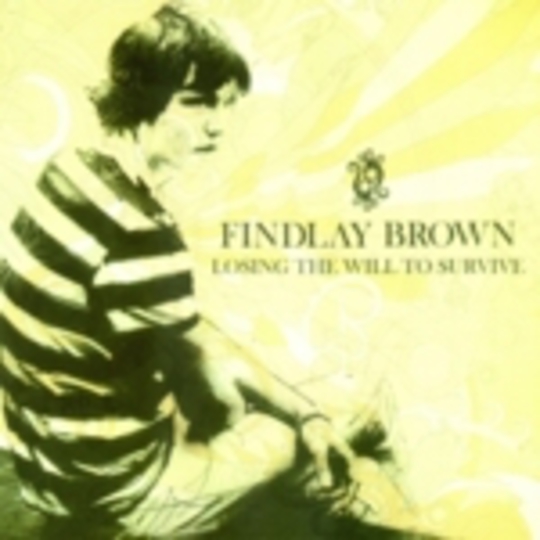 Just over a year since its original release brought Findlay Brown to the attention of the DiS massive, the time has come for the world to get a second taste of ‘Losing The Will To Survive’.

It’s not just been any old year for Brown, though – it’s been one that’s seen him go from being Some Guy to Some Guy On A Mastercard Advert and, beyond that, one with an immense amount of critical acclaim and a moderately successful debut album, Separated By The Sea. Yet despite his oft-touted list of ‘60s folk-inspired influences (Crosby, Stills and Nash, The Band _et al_), this is more than just a few strums on an acoustic guitar – there’s some constant, thumping percussion, intricate finger-plucked guitar action and atmospheric backing ooohs behind a vocal line sung entirely in two-part harmonies.

These might not sound like unusual elements for folk, but they all come together to make ‘Losing The Will To Survive’ clip-clop along like a horse in an old Western, until I get the feeling the next time I hear this it’ll be soundtracking one of those fight scenes in a Tarantino movie where the music doesn't fit the mood. Actually, given the length of the fight scenes, perhaps using the accompanying Erol Alkan/Richard Norris Beyond The Wizard’s Sleeve Reanimation would be a better idea, as it extends the three-minute lead track to six-and-a-half minutes through extensive intro and outro sequences, whilst staying true to the original version.

Throw in a tender, if slightly underwhelming, cover of The Jesus And Mary Chain’s ‘Just Like Honey’ and this re-release is complete. I’m off to fight some ninjas or something.