Fear Of A Blank Planet 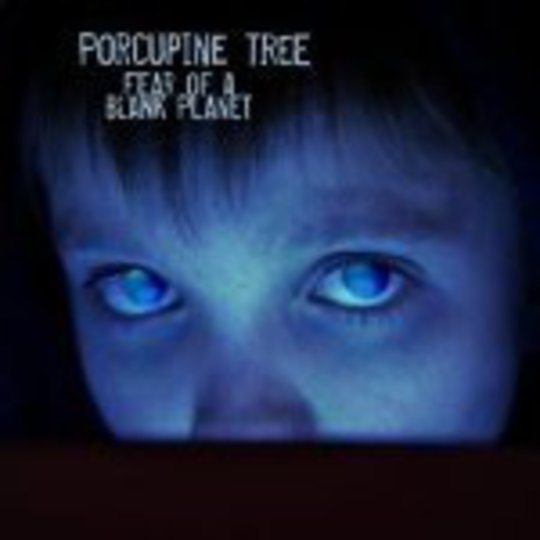 After forming two decades ago as an excruciatingly elaborate joke, Porcupine Tree have somehow become one of the most devastatingly poignant progressive rock bands around today. In what is essentially one continuous piece of music split into six movements, their ninth studio album holds a bleak perspective of modern society, telling a story of a desolate future through a teenager’s eyes.

Kicking off with the chaotic, mesmeric title track, their intent is apparent from the get-go. Carefully picked guitars give way to swirling synthesizers and irrepressible syncopations but ultimately the anxious candour of the lyrics cuts right through it all. The Hertfordshire-based four-piece have never been the cheeriest of souls but while a couple of more sanguine tracks were always hidden amongst the shadowy underworld they painted in recent tour de forces In Absentia _and _Deadwing. There is nothing like that here. There is no respite from this doom and gloom.

Some outstandingly gentle, string-laden melancholy can be found in ‘My Ashes’ _and _‘Sentimental’ _has delicate, otherworldly qualities to it, but the cornerstone of the album is the snarling beast that is _‘Anesthetize’. At nearly 18 minutes it manages to reach majestic peaks of devastating sonic grandeur shortly after the twinkling opening where Steven Wilson’s plaintive vocals intensify his brooding lyrics and add a cold frisson to the already menacing atmosphere. A rare cameo from Rush guitarist Alex Lifeson is lovely but easily missed with so many imposing and spectacular climaxes found here.

_Fear Of A Blank Planet _is a lonely and ambiguous tale fearing for the future, spoken softly against a complex arrangement of symphonic swirling guitars and absolutely watertight drumming. The result is an often crushingly heavy masterpiece that has true meaning with or without the music. It’s a rare thing these days but Porcupine Tree seem able to do it time and again. This album is no exception.