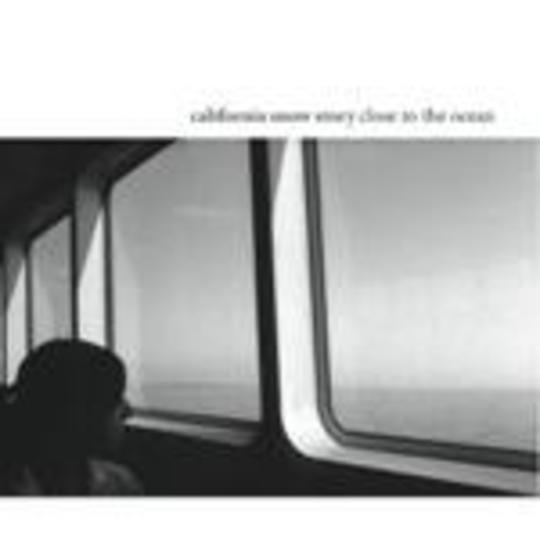 A strangely drab package this - the inlay card all stark lines in black and white, a girl staring out at blank scenery. It hardly lures you in, and it initially taints the contents. California Snow Story, formed in 2002 by Camera Obscura’s David Skirving, aren’t the kind of band to knock you sideways, choosing instead the path of subtlety. The tone is light and breezy, yet everything is brushed with melancholy, and if you stare at that cover for too long, the resounding sentiment appears to be apathy. Hmmm… thanks, but no thanks.

But there’s still some ‘joy’ to be had here. Skirving’s lone vocal is reminiscent of Elliott Smith, lending the songs a timeless delicacy, and it couples magnificently with Sandra Belda Martinez’s honeyed harmonies, which elevate Close To The Ocean to a prettier plain, washing away the drabness and lifting the mood. When the two voices are in tandem, this album is easy on the ear and easy to like, pushing on towards the majestic.

There remains a nagging, depressive quality, though, which makes California Snow Story difficult to recommend. You need to tread carefully, or this could really drag you down.