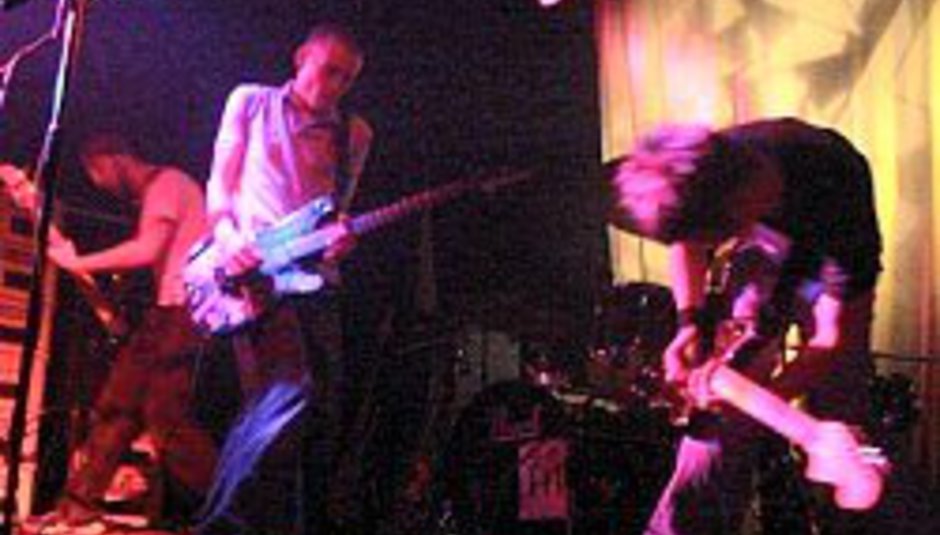 by [redacted] May 6th, 2004
Ooooooooh lovely lovely acronyms - get them right here.

The Kids are advised to get down early to the Hope Of The States gigs this month, as the post-everything Youthmovie Soundtrack Strategies and the fluffy-haired Komakino will be rotating as the first and second-on bands in support. NICE! (No London show though. Hiss.)

YMSS then have some other gigs. These are they:

Their second (mini) album, 'Hurrah...' has been mooted for release by Fierce Panda on August 16th.