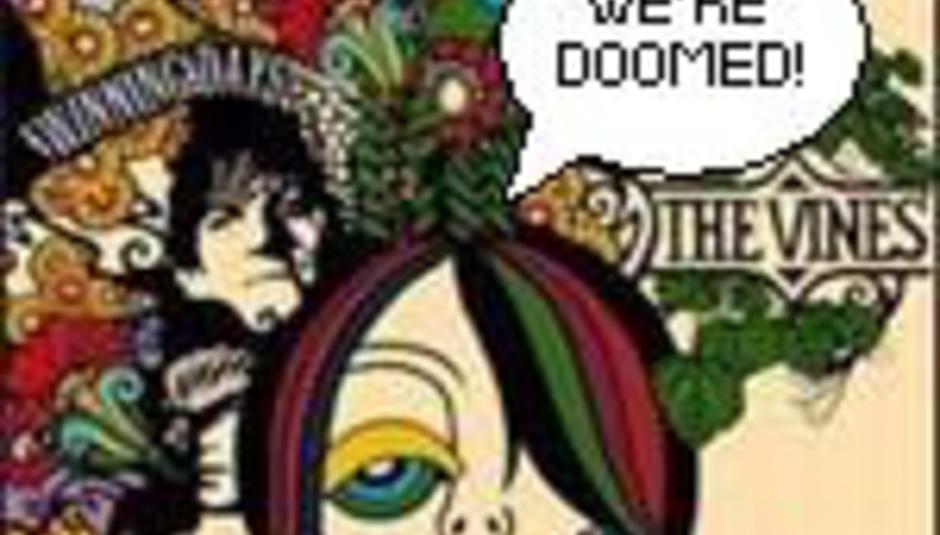 Salutations. Another week over, another UK singles chart for you to mull over. There are six new entries in the Top 10.

Anastacia is the highest new entry at #3 with ‘Left Outside Alone’. Not heard that one. Blue go in at #4 with ‘Breathe Easy’, a song written by Lee which is CRAP. The Darkness continue to milk their album dry with the obligatory big ballad, ‘Love Is Only A Feeling’, which goes in at #5. Outkast don’t have a hope in hell of repeating the success of ‘Hey Ya’ with this new one but ‘The Way You Move’ goes in at #7 anyway. Sugababes and Kayne West (whoever that is) make up #8 and #9.

Nothing new in the Top 20, so dropping a bit further down we see the first new entry for a schmindie band: everyone’s favourite Southampton La’s tribute band Delays are in at #21 with the re-release of ‘Nearer Than Heaven’. Missy Elliot is below them, complaining about her broken air conditioning with ‘I’m Really Hot’. Sadly, The Divine Comedy’s rather wonderful ‘Come Home Billy Bird’ only manages #25, and Travis go in at #28. Boo.

There are no more new entries in the total Top 40 after that. Busted, however, climb from #38 to #35 – that’ll be those people buying it to get the covers of ‘Teenage Kicks’ and ‘Where Is The Love’.

The Vines’ poorly received second album scrapes in at #29, beaten by Chris Rea. Really. To further rub salt in the wound, Jet's album is one place above them and that's been out for, like, months.

Hopefully there will be some good albums released soon which might sell some copies.