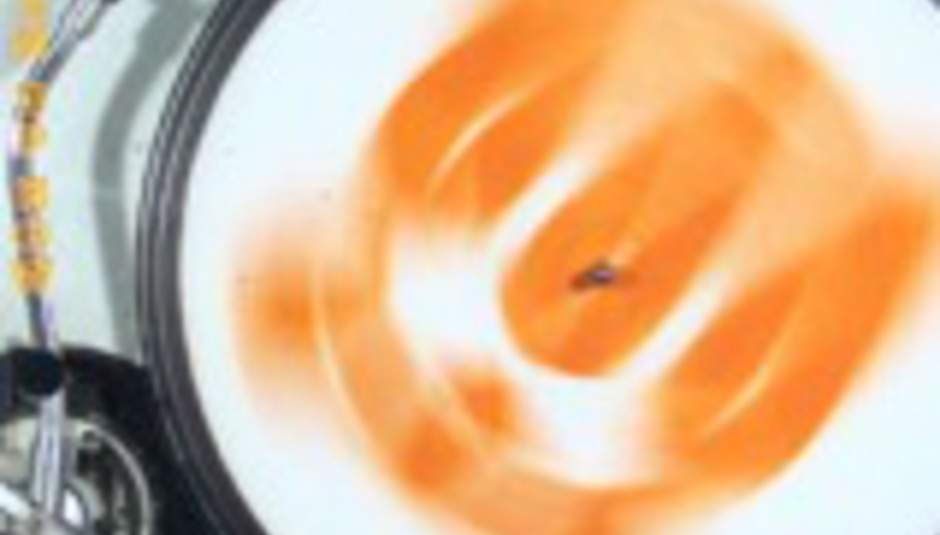 DrownedinSound.com and London Calling present...
in association with Stylish Riots and WarOnWant.org

To add your name to a special £5 entry guestlist, e-mail your name and any friends you're bringing to info@stylishriots.co.uk.

You can also win a pair of VIP passes to the event by scrolling down this page!

!!! (pronounced 'Chk Chk Chk' or preferably 'Bish Bash Bosh') return to UK shores to play stadiums with the 'Chili Peppers. It is the first time they've been here in a wee while, after their last jaunt brought two consecutive sold out nights at London's legendary 100 Club. Their superb, endlessly danceable debut scored a perfect ten at this very website and it's an honour to host them.

The event forms part of the London Calling festival, with gigs taking place all over the capital. There will be a VIP room hosted by our friends at War On Want, to which you'll be able to win a pair of tickets next week. DJs include The Cooper Temple Clause, CrabbyCrab, Simon Raymonde (Cocteau Twins/Bella Union), Steve Lamacq, Adventures Close to Home, Tim & Toby L (Transgressive Records) and many more special guests to be announced!

You really should come you know...

To win a pair of VIP tickets to the gig, that includes entry to the gig as well as the special WaronWant VIP area, just read the following question and send your answer to editor [at] drownedinsound [dot] com
!!!'s logo resembles three sausages with fried eggs underneath each. Please invent a new meat and tell me about it.