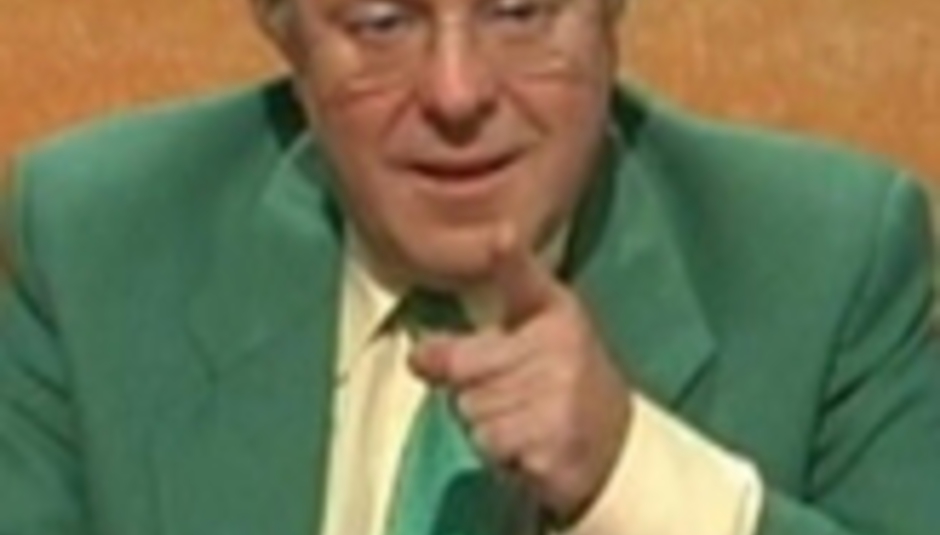 Two from the top and one tribute record please, Carol: Retro Spankees to release tribute to Whiteley

"I went over to a friend's house for lunch who had a talking dog. I asked it what it thought of Carol. It said 'Ruff'..."

Northampton indie-punk-rockers The Retro Spankees are to release a tribute to the late TV presenter Richard Whiteley, one year after his death.

'Vowel Play', available on Kooky Records, will be backed by AA-side 'Out Like One', taken from their recent album I Know You Are But What Am I?. Also included are b-sides 'Get It Along Gum' and 'Charlie's In His Garden'.

Released on Monday June 26, it will mark exactly one year to the day since Whiteley's passing. Despite his fondness for terrible puns and suits - which could be best described as 'wrong' - Whiteley became something of an icon, mostly for students, old people and anyone else who regularly watched Countdown. He made over 10,000 television appearances before his death just days after successful heart surgery, and he was one of the only people in the world who could smile after spending long periods of time with Carol Vorderman.

The Spankees themselves will play a single launch gig in their hometown to coincide with the release, on Friday, June the 30th at the Soundhaus.