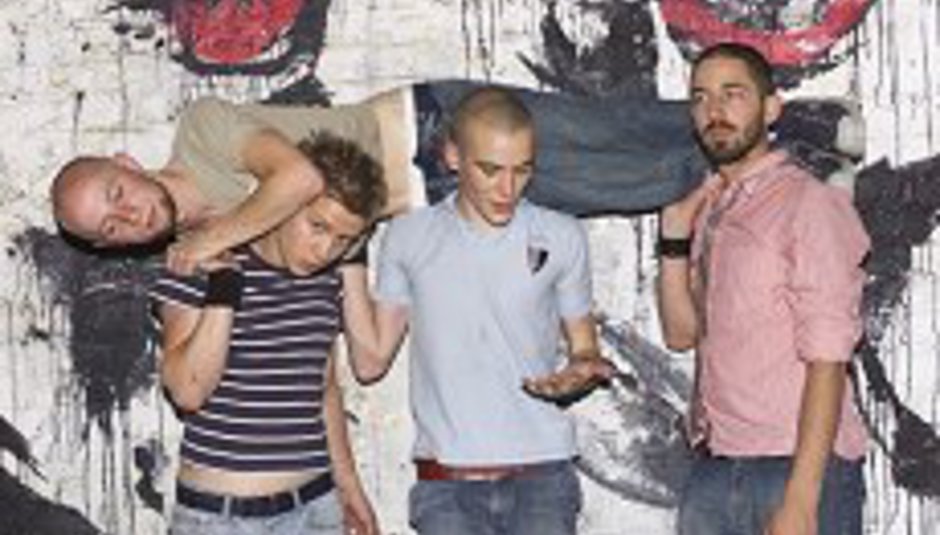 by [redacted] January 22nd, 2004
Youthmovie Soundtrack Strategies have a lot of stuff 'going' 'down' right now, as it were, with a new single, new mini album (which doesn't look that mini - especially the title) and tour with 65 Days Of Static coming up.

The single, on Vacuous Pop, is a split with The Edmund Fitzgerald, and will be out on 7" next month. It's received 'single of the week' in Kerrang!, which is dead good.

They're all poised to record their second (mini) album in Feb/Mar with Ant Theaker from Hope of the States, set for release on Fierce Panda in July. It's called ‘Hurrah! Another Year, Surely This One Will be Better Than the Last; the Inexorable March of Progress Will Lead us all to Happiness'... or 'Hurrah!', for short. Tracklisting is likely to look like this:

Charlotte Beers
Ten Dollars Says You’re Betty
… Spooks the Horse
A Little Late he Staggered Through the Door and Into Her Eyes
Shh! You’ll Wake it
Enders Says You’ve got to Have the Mystery
The Naughtiest Girl is a Monitor (Minotaur)

... While the tour is looking a bit like this:

They add: "As you can see there are still some gaps to fill so any help would be much appreciated. We (and 65 Days Of Static) are looking for southern gigs on Sat 14th & Sun 15th Feb and northern gigs on Sun 22nd & Mon 23rd. If you’re interested in putting us on in this period please send an email to chad@ymss.org.uk."