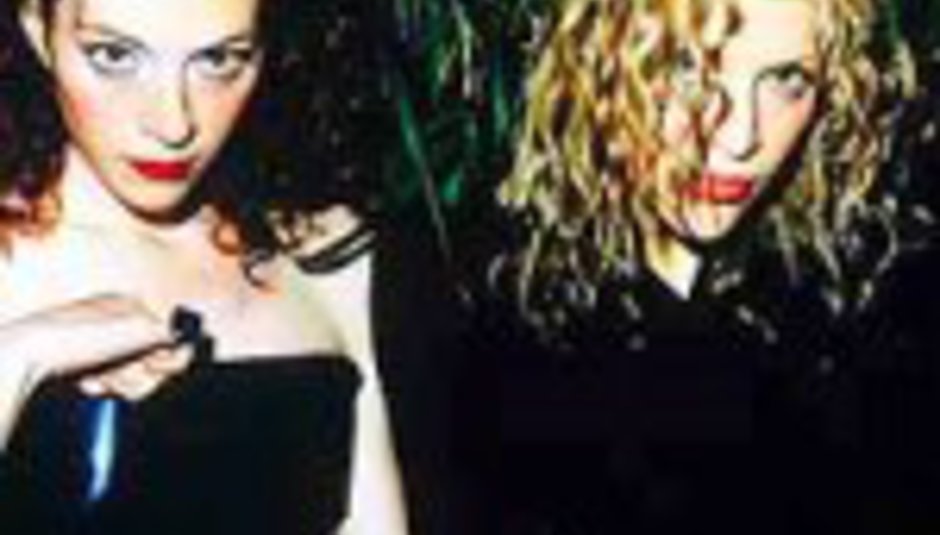 However, the accompanying single, 'Followed The Waves', is due for release on 16th February, which may coincide with the release of Love's 'America's Sweetheart' if, as insiders suggest, the album release is delayed a week.

Similarly, the rest of the world sees the two albums slug it out with only one week between their early February releases.

Auf Der Maur seemed unfazed when questioned on the unlikely coincidence, commenting, "There's always gonna be a record by someone I know coming out. I hope hers is good and I hope she's happy with it." Melissa's new material, due for release through EMI, has already received pre-emptive acclaim from the music weeklies and features a host of guest stars, including Josh Homme, Nick Oliveri and Mark Lanegan from Queens Of The Stone Age, Marilyn Manson guitarist Twiggy Ramirez, James Iha and Hole's Eric Erlandson. (On DiS' first listen, the lead single evoked the shocking image of metal mites SugarComa being demolished by QOTSA! Stream it here).

Relations between the two women have been strained since Melissa jumped ship from Hole to the Smashing Pumpkins in 2000. Pumpkins mainman Billy Corgan created a rift with Love after abandoning his production duties on Hole's 'Celebrity Skin' and accusing her of failing to correctly credit his writing contributions. Corgan dissolved his band soon after Auf Der Maur joined to form the rubbish (now defunct) supergroup Zwan.

Courtney has yet to comment on the matter, however her first solo single, 'Mono', has also been pushed back to 23rd February to allow time for promotional duties. Let the battle commence!

You can catch Melissa as a special guest to fellow rock-allumini A Perfect Circle in the UK :