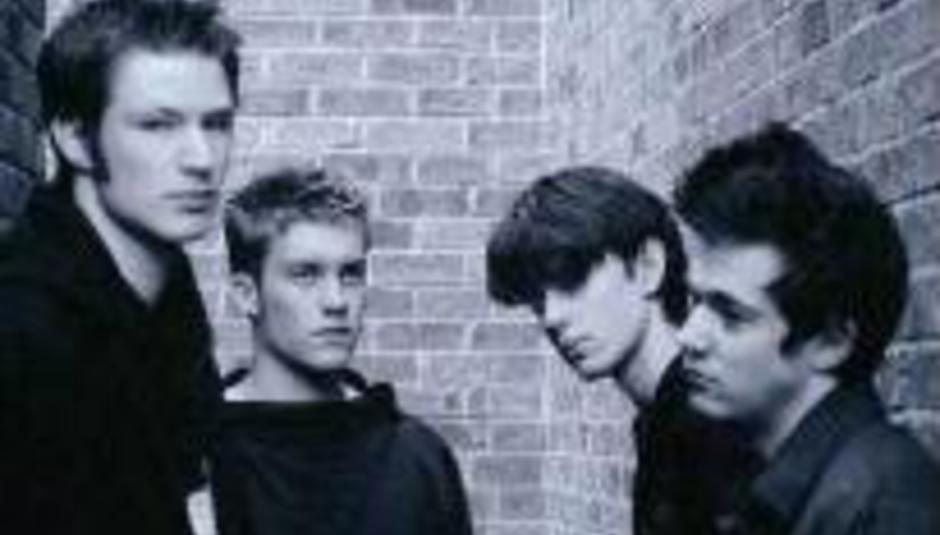 by Colin Weston December 1st, 2003
Another week or so has passed since our last delve into the less glamorous side of the music industry. News this week has been coming in thick and fast...

Stratford's finest Antihero (right) have given us details of their plans for the remainder of 2003 and beyond. The band are currently finishing the recording of their new album with a new single coming out in the early part of the new year. The guys are also playing a one-off gig in their home town at the Cox's Yard on 30 December. Support comes from Locus Of Control and The Superheroes, with tickets at £5.

Irish pop-rock band Berkeley are having real success in their homeland. The band have just broken into the Irish top 20 with new single 'Follow Through' debuting at number 17. Also, the band have a TV appearance on Irish Saturday morning television lined up in December on RTE.

It has been announced this week that guitarist Tom Steenvorden has quit Violent Delight. The split is described as amicable with Tom citing "creative differences" as the reason for his departure, also stating that he plans to study law. The band are auditioning for new guitarists and have confirmed that they will play their four remaining UK dates as scheduled.

Caroline Alexander has been very busy of late. Plans are well underway for a UK tour in March to support her forthcoming album. Also, there are rumours of her possibly being featured in a 30-minute BBC special, although nothing has yet been finalised.

Details have been released of the forthcoming EP by Surrey lads Cars As Weapons. The 6-track release has been produced by Walter Schreifels (of Quicksand and Rival Schools), who also contributes vocals to the track 'Vital Signs'. To keep the guest contributions going, sleeve art is being designed by Dan Carter of A. The CD is due for release in early 2004 but no exact date has been confirmed yet.

Z Records have told us that Rick Steiner of the band Wild Horses (not the dodgy wrestler!) has had a baby daughter called Ivy. Congratulations to him.

New(ish) band The Lucky Nine are to play their first ever gigs in support of Hell Is For Heroes along with The Copperpot Journals in December. The band is the latest venture of the much travelled drummer Richie Mills (Cable, Sunna) and members of A and Hundred Reasons.

Songstress Piney Gir has made a new track available for free on her website. Called 'Nightsong', wheels are already in motion for Piney to make it into a duet with Simple Kid.

Further to our last 'unknown' article, we have been told by The Soho Dolls that Shannon is now back in the UK with all the Visa problems now cleared. In additional news, the band have had a photo shoot with designer house Bodyamr and a feature in Bidoun magazine. The band also play a gig at Cargo in London on 3 December alongside The Hordes.

Comedy aussie faux-pop band Supergirlie won't be playing the UK in the near future. A mail from band member Louise advised that the 2 of them (Louise and Jai) are doing their own solo projects and no plans are being made for SG just yet.

North London's The Tone Wizards have got their new website up and running. Check out the latest band news, videos and MP3s here.

Love Ends Disaster's new website has gone live. Access it by clicking here. The band are planning to go into a studio and record several tracks for their next demo in January although nothing is 100% confirmed yet.

And that's where we finish for now. We will back as usual in just over a week with more news from the underground!