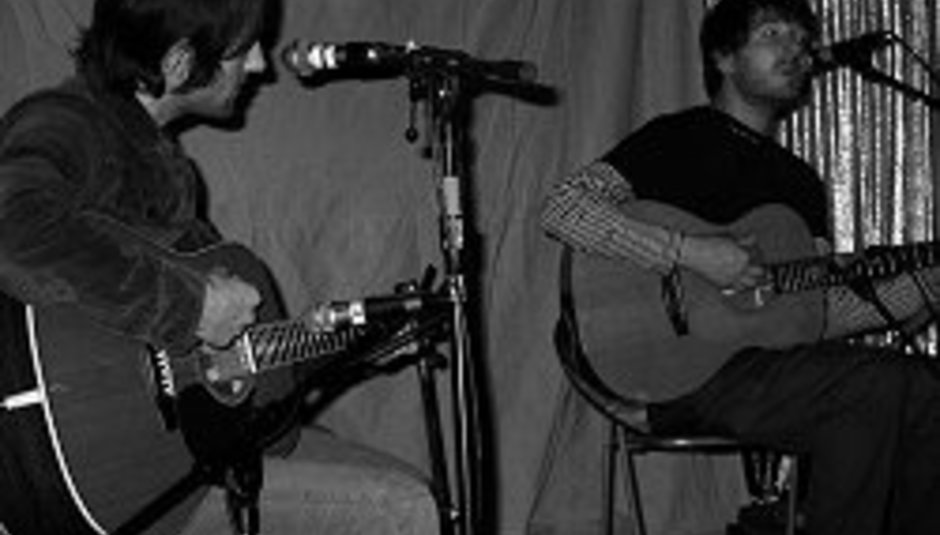 by [redacted] October 29th, 2003
Weezer drummer Pat Wilson's 'side project' band of whom he's the frontman, The Special Goodness, have signed to Epitaph.

The label plans to remix and re-release the band's latest album, 'Land Air Sea', in January. The CD originally came out on the band's own label, NOS Recordings, back in March. The new version of the album will contain video footage not on the original release, reports pitchformedia.com.

In other Weezer-related news, their ex-bassist Matt Sharp (frontman of very fine pop group The Rentals), played a gig at Spaceland in LA a couple of weeks ago, with his good chum Tim Wheeler from Ash. They performed new material on their own as well as a number of songs together. This photo from the gig was taken by Megan Gaynes.