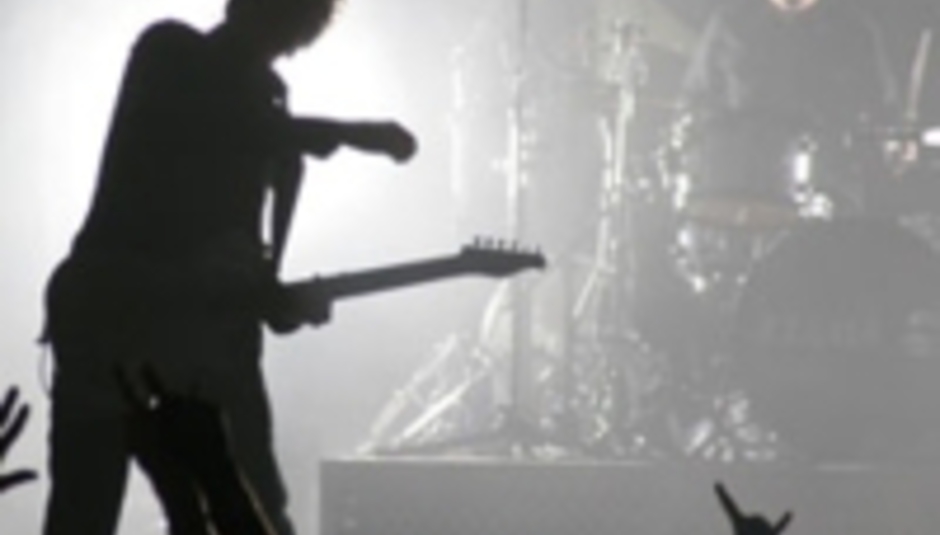 Stadium-packing Devonshire trio Muse are to release their new CD single, 'Supermassive Black Hole', on June 19th. The download, with b-sides and artwork, will appear a week prior to the hard copy, on June 12th.

The new single received its first play on Radio 1 and Xfm on Monday, and is the first song to be taken from their forthcoming album, their fourth in total, which has been given the name Black Holes and Revelations. The album will see the light of day in most parts of the globe on July 3rd, although as yet no date has been confirmed for North America. Bagsy July 4th!

Those of you desperate to hear it can purchase the mp3 through muse.mu for a mere 79p, unless you live in North America or Canada in which case you are forbidden.

Muse are currently getting ready for their summer hols, which sees them playing thirteen festival dates globally including their two Carling Weekend dates. DiS, meanwhile, has checked the office dictionary, which says there is no such word as 'supermassive'.