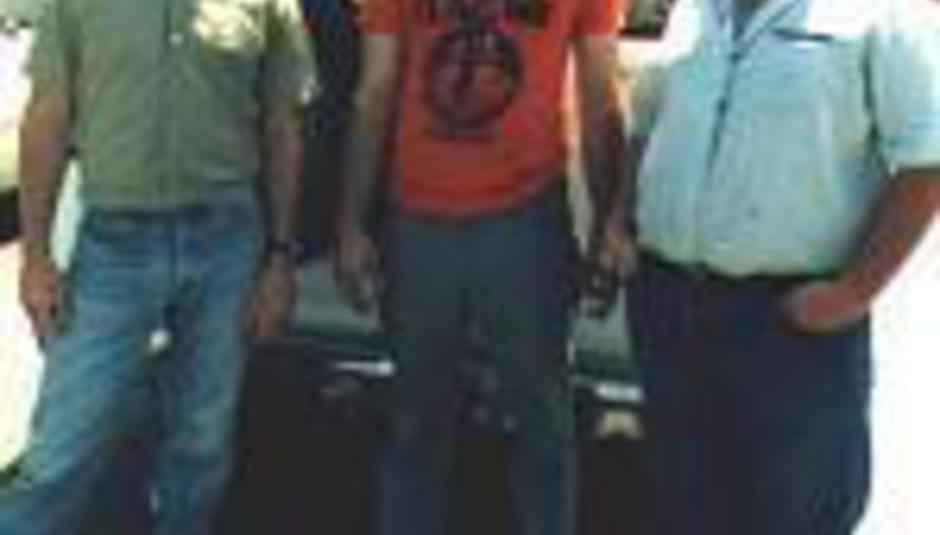 Following its tour of art cinemas over the the last year, We Jam Econo - The Story of The Minutemen is to be released on DVD on June 27th.

The band were an integral force in propagating the indie ethic of hard touring and low costs, but, more importantly, played the most intelligent, funny punk-jazz-folk-core scree EVAH, until frontman D. Boon's untimely death in 1985. As well as the original documentary, made up of interviews with the band and the likes of Ian Mackaye, Thurston Moore, Henry Rollins and blistering live performances, the double-DVD will contain five hours(!) of extra live footage, interviews and the band's promo videos.

Having seen the film on its tour this summer, DiS can confirm that, while it's no Instrument as far as cinematography is concerned, all the footage is entirely wonderful and, in many parts, very moving. Emotionally, not visually. But that's kind of assumed.

For a limited time the film is available for preorder at a slightly lower price, here.

DiScuss: Favourite Minutemen song? Oh yeah, and the headline is a reference to how damn long the film is.