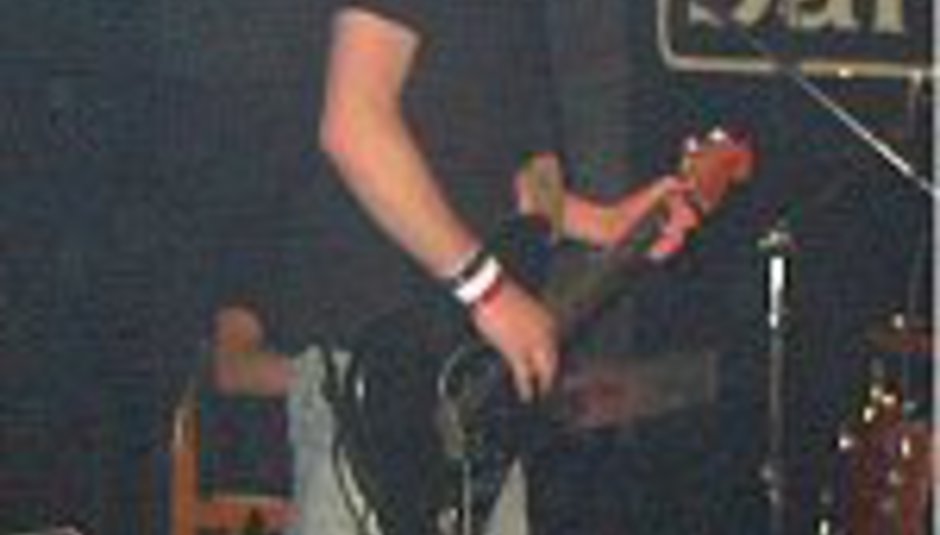 Small Victories and The Webb Brothers are going along too to hold them by their sweaty little hands.

It's all happening right now for Small Vix, the six piece Cardiff bunch. They had a riot at Saturday's Reading Festival after being pounced on with a last minute invite to play the Carling Stage by those who know a thing or two. Despatches home say they went down a treat, with a certain Bobby Gillespie watching stage-side for the entire set. Not bad as a tour warm-up gig!

If they manage to get home from the mass jaunt in anything like one piece, their long awaited debut album 'Holding On Hopefully' will be hitting the shops on either October 6th or 13th, depending on the runes in the entrails (eeuch!), with a lovely-bubbly-agit-provo single, 'Go Back To Bed America' from said platter, making a run for it on November 3rd.

DiS has been along for a cosy little chat with SV's James Chant this week. We just wanted to make sure he packs enough clean socks and underpants. You can't be too careful! The interview will soon appear, as if by magic.

Until then - here are the dates: