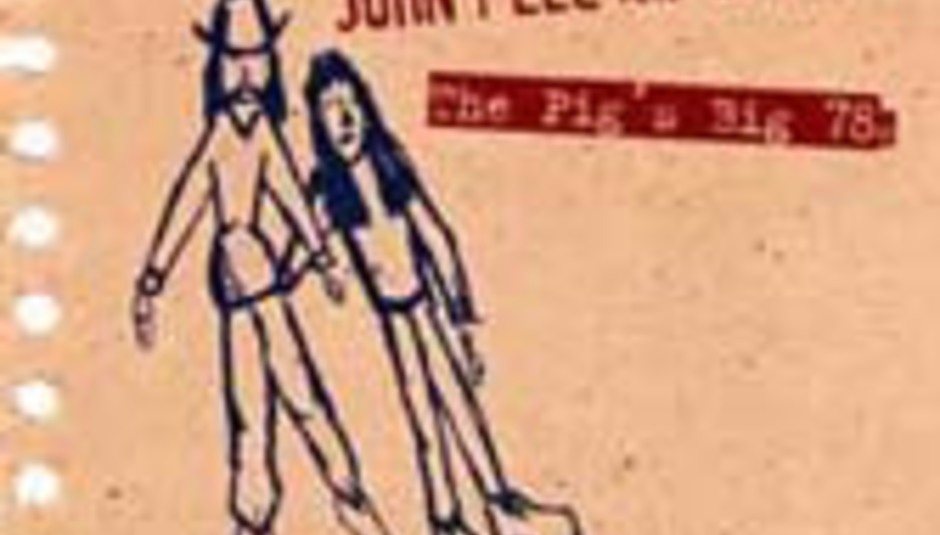 Good news for all you rpm fans out there: legendary German label Trikont are about to release the long-anticipated Pig's Big 78 compilation CD in May.

The release is inspired by the only regular feature on John Peel's latterday Radio 1 broadcasts, where the man Ravenscroft got his wife Sheila to introduce a 78rpm disc to the listeners. (For those too knee-deep in stuff like digital technology to know, 78s were what records were released on before vinyl appeared and put the 10" shellac discs to shame for being too brittle).

Although in many cases this meant a barrage of surface noise due to decades' worth of dust and gunk, the feature attracted a cult following and transported listeners to a time when you'd need to trawl through a bucket of jet-black platters wrapped in brown paper if you wanted to hear the most hip and happening sounds around.

Despite only recently seeing the light of day, The Pig's Big 78: A Beginner's Guide was in the planning stages long before Peel's death in 2004, so the tracklisting is compiled by both John and Sheila. Trikont describe the album as a collection of everything from "English brass bands, schmaltzy dance music and yodelling, to early rock ‘n' roll and traditional music from China and Africa. From comic football sketches to bizarre sound imitations. It's a typical Peel-Mix, making us all too aware of the gap he left behind. Includes an extensive interview with Sheila explaining why she and John chose these particular tracks."

And, indeed, it is a testament to the variation of tunes played. At a glance there's some legendary names, for instance ragtime ivory-tinkler Winifred Atwell, blues giant Lightnin' Hopkins, and the showman/uncanny bird-impersonator that John often cited as a hero, Ronnie Ronalde. There's a few other recognisable inclusions too, such as the song by The Three Ginx that Sheila played more than any other, and the original version of 'My Brother Makes The Noises For The Talkies', later covered by The Bonzo Dog Doo-Dah Band. And, of course, there are a few tracks verging on the odd, such as a competition from The Daily Mail inviting readers to guess who the artists are, and some rather disconcertingly realistic impressions of farmyard animals from Freddy Dosh.

Full tracklisting is as follows:

Oh, and by the way, it's probably not that Jack White.