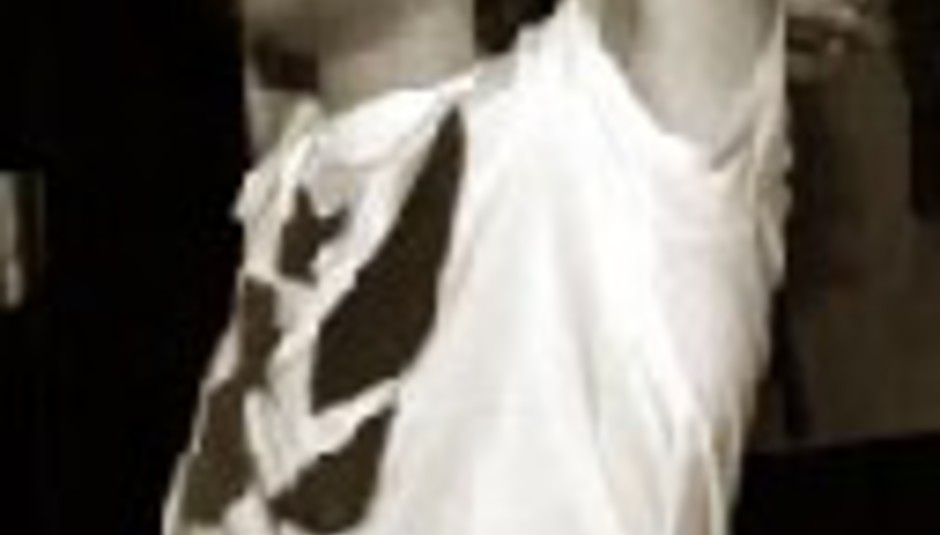 Leeds' ¡Forward Russia! unveil album details to DiS, then run away to Texas

Bastions of independence and DiS-proclaimed 'Kings of Leeds', ¡Forward Russia! have announced the details of their debut album release and next single.

The album, Give Me A Wall will be released on 15th May 2006, through the band's own label, dance_to_the_radio. On speaking to guitarist Whiskas, he proclaimed, "we're sick of waiting around for labels to sort themselves out, so we're doing it ourselves." And you know what DiS says: f**king AWESOME.

The album will be preceeded on 24th April by a newly-recorded version of 'Nine', backed by 'One' on all formats. The new version of 'Nine' gets its world-first play tonight (13th March) on Lamacq Live, Radio 1, 9-1am.

DiS was lucky enough to join the band in the studio a week or so ago and heard a selection of the album, we're not jumping the gun here, but it is once again time to get very, very excited.

The band head off to Texas this evening for the South by Southwest conference and dates in Los Angeles with Battle.