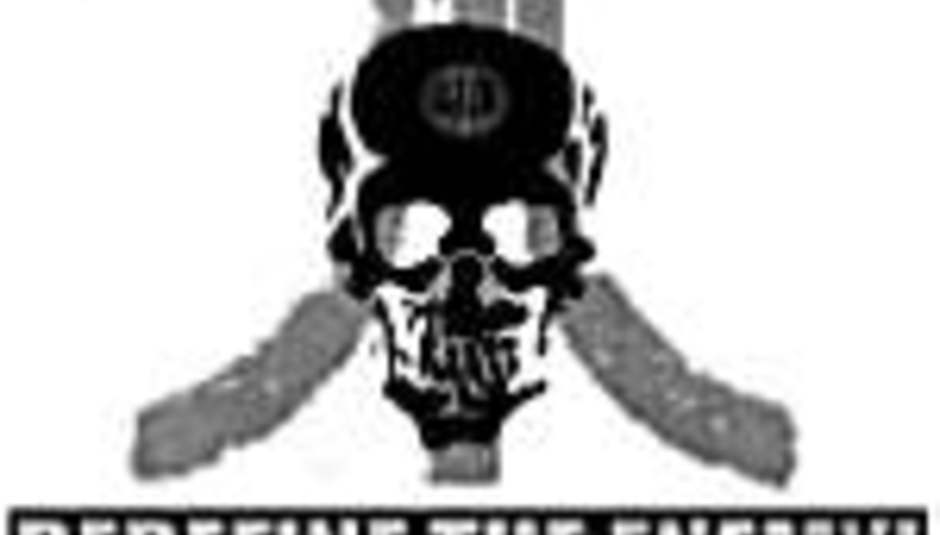 Atari Teenage Riot might not have recorded anything new for years, but with next monday's release of a whole mess of live, remixed and alternative versions of many of their biggest and best tracks of their career, this is teh next best thing.

Out on Digital Hardcore Records, 'Redefine the Enemy' (DHRCD34) is a collection of rarities and B sides, now together in a distinctive metal case. Far from being token extra tracks, many of the recordings here put earlier versions in the shade, not least the previously unreleased extended fifteen minute original mix of 'Delete Yourself''s 'Sex'

Atari Teenage Riot's worldwide success has meant that many extended versions, exclusive mixes & live recordings have been featured on isolated regional b-sides and compilation releases, but a great deal of them are now collected on this one CD.

This release also goes some way to getting around the recent German ban on ATR's 1997 'Future Of War' album, now officially 'on the index' from the 8th of May 2002. Despite being out for 5 years and having sold about 200.000 units, the German government (never ATR's best friend) has seen fit to now effectively ban it from sale.

Ex ATR frontman Alec Empire had this to say: "It's a warning of a Germany that strategically ignores it‘s own hostility towards foreigners (as well as the inherent anti-Semitism and racism) because of its over-ambitious national pride, and therefore tolerates the crimes and violence committed by the extreme right and neo-nazis."

"This is not a matter of taste; this is about the freedom to form and express one’s own opinions as well as artistic freedoms. A lot of people in our society seem to have forgotten how important these basic rights are."

The track listing to 'Redefine the Enemy', out on the 18th of November, is as follows: