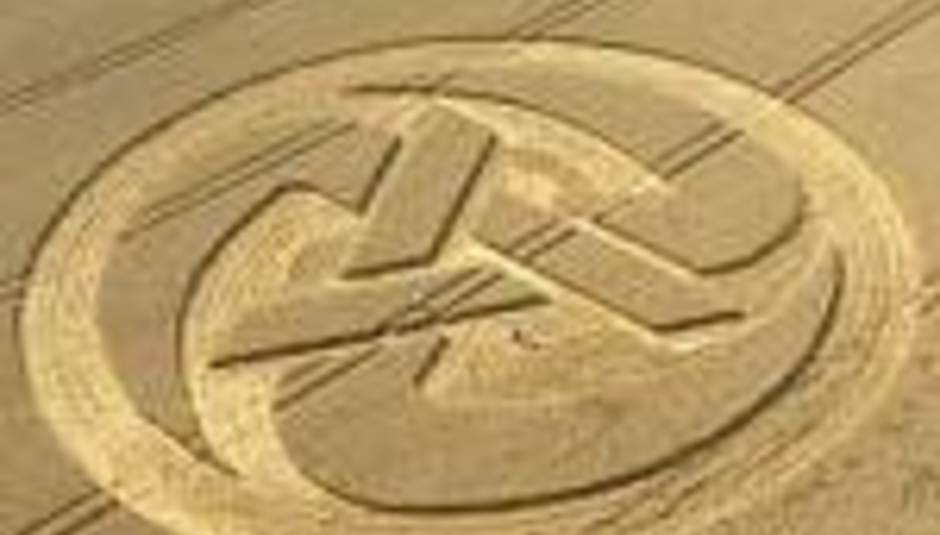 The Levellers are Crop! (circling)

by Ollie Appleby September 7th, 2002
A crop circle featuring the Levellers' logo has been created in a field in Albourne, Sussex, for the video of their next single

The band has used the logo for the past 15 years, appearing on all their albums and merchandise, including the from forthcoming album, 'Green Blade Rising', which is spawning the single that the circle-featuring video is being made for.

Some locals and experts were fooled into believing the crop circle was genuine not a PR/Video creation. The people who created the circle are keeping their method secret.

Set to tour this Autumn with their new album, The Levellers are still planning their Green Blade Fayre for next summer in the West Country after the planned event, set to feature The Electric Soft Parade and Chumbawamba, in Bicton Arena, Sidmouth, was turned down by East Devon District Council earlier this year.