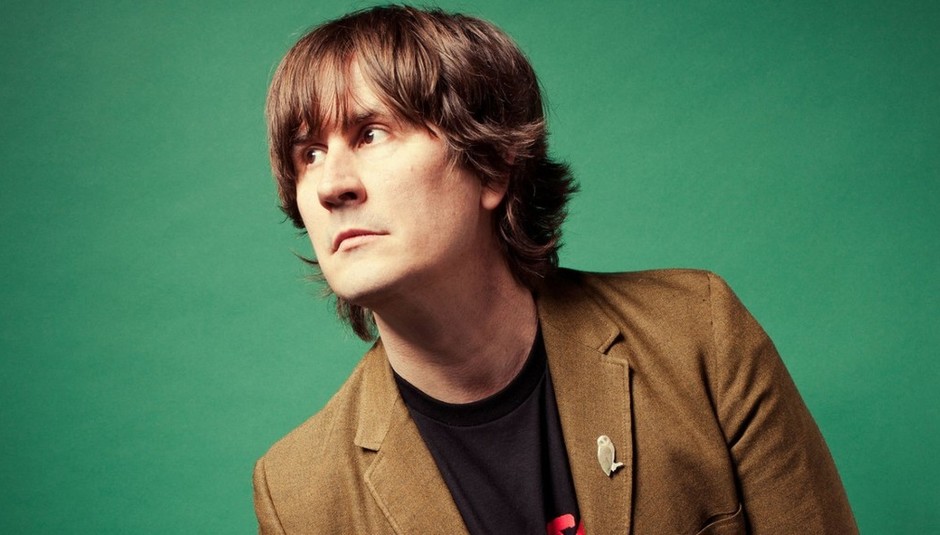 “Come back breathing:” The Mountain Goats live at Heliogàbal, Barcelona

“And when you see this, as a kid, a guy kicking another guy when he’s down, unconscious, then doing it again…” John Darnielle is talking about wrestling, and how it informs the songs that make up this year’s brilliant Beat the Champ. He talks about the bad guys and the good guys; the heels and faces who thrill and repel their fans, and he talks about how performing a ‘heel turn’ in real life - a complete and unexpected turn to evil - would be utterly and inexcusably impossible.

In person, as in song, Darnielle - for tonight he, solo, wraps up The Mountain Goats’ European tour - is an extremely generous performer. ‘Heel Turn 2’, a song I couldn’t say how many times I’ve listened to since its release, comes after the opening ‘Michael Myers Resplendent’, and like that first number, is gorgeous. ‘The Ballad of Bull Ramos’, achingly sad and reverent of its subject - the song Darnielle is introducing in that opening quote - arrives somewhere towards the end of a show that cherry-picks his gargantuan discography. (On a new album tip, however, this is a fantastic Stereogum article from earlier this year.)

Darnielle breaks into a broad smile upon finishing every song, and even cracks up at a hastily silenced ringtone early on. His Spanish is pretty great, too, as much as he waves away the compliments received ('Yeah, but I used to be really good!' he laments). Upon introducing ‘Woke Up New’ he professes a 'deep desire' to be able to explain the song’s genesis in the language, noting that he’d need a few days’ practice to get up to speed. He elicits plenty of laughs when he does so in English, though, also filling the crowd in on how ‘Rotten Stinking Mouthpiece’ came about. He apologises for not remembering how to play a requested ‘Alibi’ ('That song has its defenders, but seriously, we couldn’t give that record away'), as well as stating that he has now permanently retired ‘Going to Georgia’ on account of its central character’s misogyny - and the fact that he doesn’t really want “to be singing about guns,” as he later explains while sitting down at the other side of the bar, graciously signing books and chatting to everyone he meets.

‘You Were Cool’ gets a much more positive response from the singer than the aforementioned (we’ve reached the first of two encores at this point), and it’s a highlight indeed: a heartbreakingly direct assertion of solidarity addressed to a high school outsider that manages to be funny, sad and lovely all at once; when Darnielle hears someone in the front row quietly ask for it he responds with a warm smile and assents. He also politely ensures that the audience put away their phones so as not to film him during the song, given that there are already countless videos out there and insisting, to cheers, that the room share “a musical moment.” (He does reflect, though, that the paying crowd should be able to do as they please: in his reasoned and respectful wishes he’s almost the anti-Mark Kozelek.) Noting how seldom he gets to Spain as the performance draws to a close, he acknowledges that he should probably play a song people really want to hear, cueing up an incendiary ‘No Children’.

Darnielle has written hundreds upon hundreds of bruised, raggedly beautiful songs. In a small, hot bar on a chilly November evening in Barcelona it is a joy to listen to him elucidate, explain, and gleefully thrash his way through what amounts to a mere handful of them.

Stream: 'If I Have To Wake Up (Would You Stop the Rain?)' by Baroness