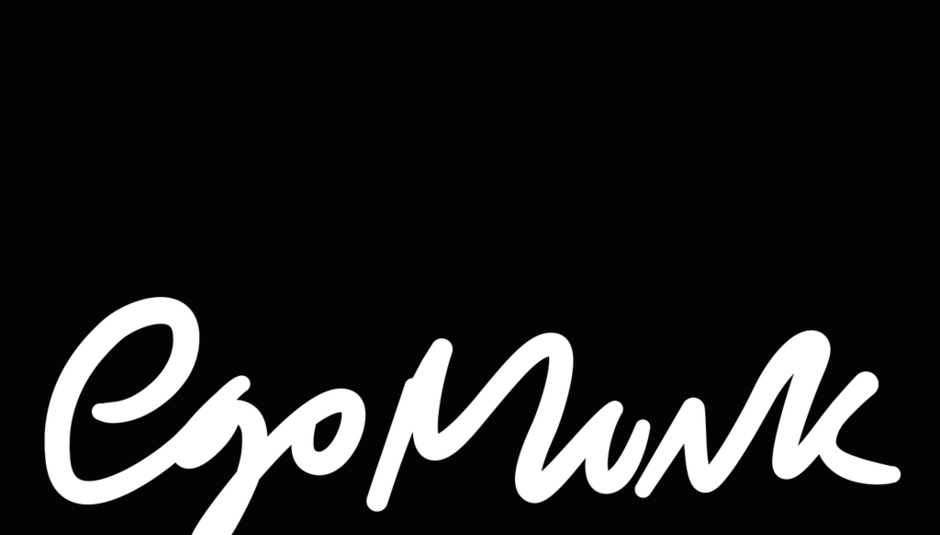 It’s too easy to be cynical about a band like egomunk, the London-based “mysterious” collective/person who put out their wonky-folk debut Footsteps To Mars back in July completely free of charge, and have just crowd-sourced an entire video from their fans. It’s an approach that some might see as gimmicky: They give all their music away for free! Their identity is a mystery! Their fans make their videos! Fortunately there is something more interesting than schtick going on here: the natural evolution of the way bands act. Egomunk are not a new paradigm in the musical business model, rather they’re the logical result of where we find ourself, culturally, an interesting prism through which we can track the changes.

Anyone paying attention to the crumbling, mutant remains of the traditional music industry will know that giving your music away for free is nothing new: the smart cookies have bolstered their product with freebies for years, working under the assumption that a vast chunk of their audience would find/spread their music via file-sharing anyway, so they may as well do it on their own terms. Chicago’s plaid-shirted indie legends Wilco were chucking their songs out for free ten years ago, streaming their Yankee Hotel Foxtrot album from their website, at a time when that was still talked about as “controversial.” “Treating your audience like thieves is absurd.” said the band’s own Jeff Tweedy at the time, refusing to criminalise the casual music fans who “stole” their music through BitTorrents, “anyone who chooses to listen to our music becomes a collaborator.” That attitude seems so obvious now that stating it feels almost quaint. It wasn’t even that groundbreaking in 2004: Fellow Chicagoans Smashing Pumpkins preceded Tweedy and co by four years, giving home-pressed copies of their Machina II album to a handful of web-savvy fans and telling them to go nuts with it. Fourteen years later the album has still never been released, because it’s never needed to be: the fanbase already has it. Torrents? Streaming sites? Youtube? These things are here to stay and there’s very little point in resisting them unless your Thom Yorke or Taylor Swift, and even then- why bother? You can’t hold back the tide, but you can surf on it - egomunk are an inevitable evolution of that attitude, saying quite clearly that “free” is an ideology, not a marketing gimmick.

Attend any music conference and you’ll realise no-one working within the industry has any answers about what the future will look like. Contrary to the views of a handful of old-world record execs, who seem to think free music is a weird trend that will blow over, some element of “freemium content” is now the norm, and it’s usually being led by the artists themselves: Unsigned bands often give everything away for free, and the big hitters offer free streams on release week without batting an eyelid. Egomunk aren’t a novelty, they’re an example of a natural evolution.

The other interesting refraction we can see through this particular prism is the modern approach to fan communities. For their latest single, the lovely, dark ‘The Patience’, Egomunk turned to their (or his? We’re not sure) fanbase, not just to “spread the word” or create a groundswell of support, but to actually make the video. Using their website they asked fans to create visual art to accompany the release, the winning entry from student Julia Stringer is a beautiful piece of work which grew from fan-art to paid commision. Again, crowd-sourcing isn’t revolutionary, Amanda Palmer has just written an entire book about it, and egomunks use feels natural. This should be how it’s done now: breaking down the fan/band walls is no longer “the way forward” it’s a reality new bands just have to deal with. The weirdest question isn’t “who is egomunk?” or “why would you give your music away for free?” it’s “why isn’t everyone doing it like this?"

The album is the next step in breaking down barriers between music lovers and an industry which has traditionally skewed individual musical tastes, corralling fans through hype and faked peer pressure into a uniformity of taste which was soul-destroying for fans and musicians alike.

Through the Egomunk concept, fans embark on their own journey of choice, leaving them as free as they wish to make their own choices of the lyrics and melodies they treasure. Footsteps to Mars is a cinematic album and one which we hope unites its fans and musicians in an expression of musical and artistic freedom.

The full album is available for free download at: egomunk.com