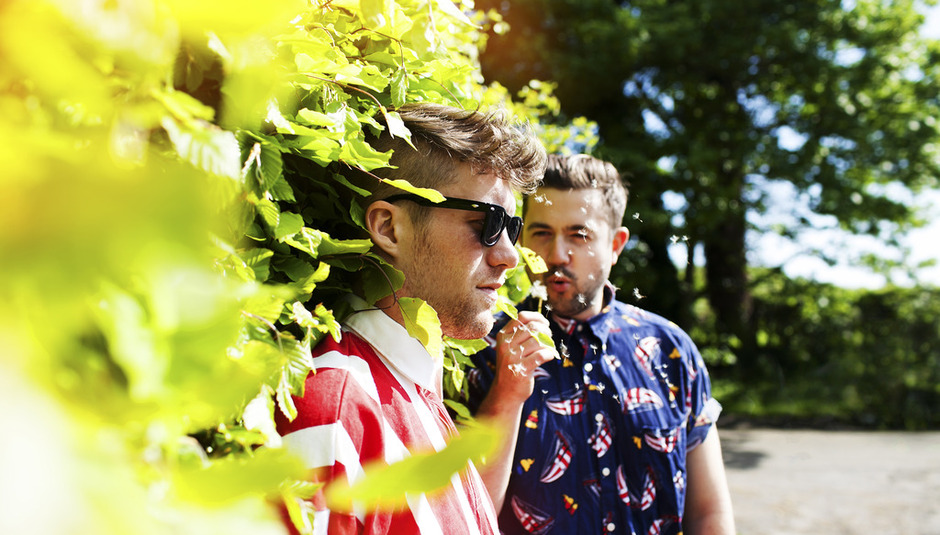 Late last year, DiS did a rare thing (for us anyway), and tipped a new British band who had just signed to the legendary Sub Pop label. And now, their debut album is finally here and - as predicted when we got excited about their first few singles - it's a wonderful collection of tunes.

"Since emerging from the ashes of Pull Tiger Tail, Marcus Pepperell and John Hamson, Jr. have churned out sherbert-coated joy like a pair of alt-pop Willy Wonkas. Combining the pomp and ceremony of Talking Heads with Everything Everything’s rhythmic prowess, their early EPs were as jubilant as they were inventive. In a world where the Radio 1 playlist isn’t run by a gaggle of fuckwits, ‘Sound Of Screams’ and ‘Unkinder (A Tougher Love)’ would only now have begun to tumble out of the Top 40; such is their infinite brilliance.

Rather than roll out a further 10 cavalcades of blaring synth and breathless guitar licks on Galore, Thumpers’ debut album is more considered than you’d expect."

And now, with your appetite whet, we present you with a stream of the band's bloomin' marvellous debut album:

More: Browse our archive of album streams and video premieres.