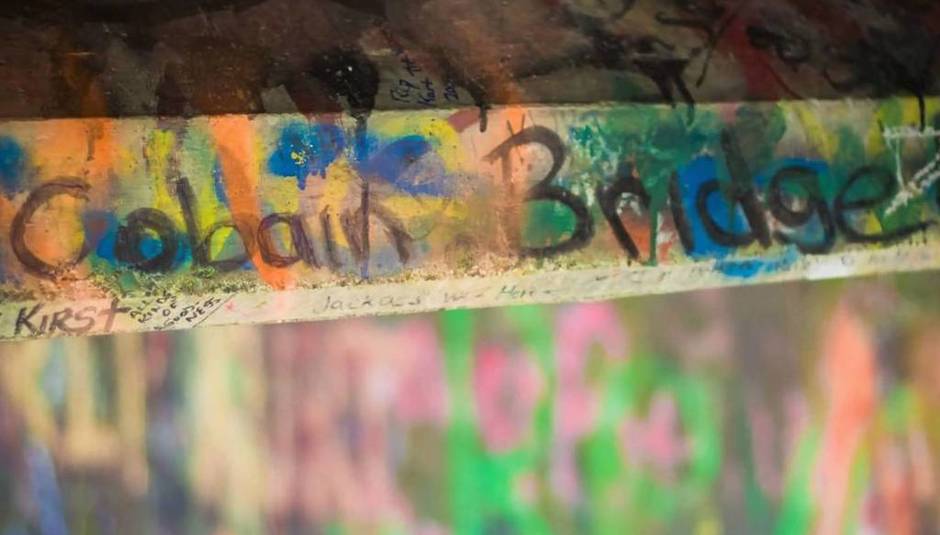 Rob’s away this week, so DiS’ editor has stepped in to listen to the latest singles...

What singles are out this week? Well, I’d tell you, except after an hour of searching for a list of new releases and scouring my inbox for variations of “April 7th” I ended up finding very few new 7inches or digital downloads that are available in record emporiums as of today. There were tonnes of albums everywhere I looked (the new EMA album is out today, and you should definitely pick up a copy!), but it would seem that outside of “pop” that the single is dead. But that’s ok because I’ve probably been sent 1000 tracks in the past week, so between the play buttons I’ll get my ramble on about a few of them, and then list which pop releases are available to buy as of today at the end (annoyingly, this probably means if you really like any of the other tracks, you probably can’t buy them, even if you wanted to... and people moan that piracy is the problem?).

This is actually out this week! It premiered on DiS several weeks ago, alongside our interview with the band.

The rambunctious sprawl they perfected on their debut album never gets old. Not that the sound is particularly new-fangled, but the way in which they mix a menacing, set-to-kill rock’n’roll atmosphere, with a shoegaze swarm of guitars and Juanita’s siren call - instead the usual frustration/anger of blokes with guitars - becomes this brooding, breathtaking, burning sky.

In his own little way, Luke Abbott redefined British electronica. Holkham Drones took ambient art-house soundscapes and spun them into spiralling funnels of euphoria. This first taste of his forthcoming second album (Wysing Forest due 23rd June 2014) hints that things have gotten a smidge darker in Abbott's world. There's also more of a snaken path taken to reach the songs epiphany-like climaxes, but the more complex, stranger structures force you to focus, rather than letting everything wash you into a state of bliss. With its burbling beats and sinister synths, 'Amphis' feels as if Terry Gilliam had remade A Clockwork Orange and Luke Abbott to do the soundtrack, and the result is gorgeous, if a little unsettling.

'Gooey' has grooves. Proper grooves. Slick grooves. It's like caving in a world of custard.

Just 20 seconds into this track you'll find yourself riding their flume through a world of pink blancmange and green jelly and you'll never want to reach the pulsing light at the end of the tunnel.

File Glass Animals alongside Wild Beasts on the shelf marked 'exceptional British acts who manage to marry a whole heap of influences, whilst sounding unlike anything else'. This EP is out this week via super-producer Paul Epworth's Wolftone label.

20 years on from Kurt Cobain’s death and that moment when Britpop’s rehashing of the 60s had its ‘tipping point’, it’s not the best of times to be a guitar band. Everything’s been done, and on this evidence there isn’t a morsel of inspiration left in the “grunge” wardrobe. Honeyblood are part of some nostalgia-driven push (mostly by hipsters whose gateway into alternative music was The New Rock Revolution) to give Grunge its Britpop moment. Although many have tried, no-one has hit upon that guttural-melodeliciousness of Sabbath-meets-The-Beatles that Nirvana managed. Since The Vines, various young bastards with beanies and pre-distressed jeans have dredged up grunge's not-so-distant past but the best these posers with guitars can muster is never much more than a stylised bluster. I mean, it’s almost as if the kids today deserve all the Guetta-esque EDM balls they have to suffer.

Anyway, according to the press release ‘Killer Bangs’ is an “urgent” “frantic clatter” but it comes across as a fairly meaningless, stuttering slice of deep-fried Cribs, dispensed by a lady who needs the loo...

Not sure if this is meant to sound like Bikini Kill covering Soundgarden, but props for actually writing a tune you much-tipped young people...from North London... sounding like you're from the Pacific Northwest two decades ago...

Yeah, it’s him from The Walkmen and jonathan fire*eater. After years of dragging a broken heart around the globe, it takes a while to imagine him being this happy clap sort of chap, doing the quick-step, wearing a Hawaiian shirt, grinning like a loon on ludes… Ten listens in and it still seems weird to hear such warmth and cheer. It’s like trying to imagine Nick Cave watching The Kardashians or Miley Cyrus sitting quietly through a sub-titled season of The Killing.

Then again, there is that voice - that voice! - with its Dean Martin coo dragged through Iggy’s barb-wire fence, it really is like no other. It’s not gruff, but it has this longing and classic Hollywood film grain that elevates any song it touches into this tunnel to another world. What a maddeningly talented bastard he is. And - excluding ‘The Rat’ - how hideously unrecognised his talents and two cult-bands to date seem to remain (although I am fully aware they wouldn’t be a beloved cult band if they were more widely revered… but then I see how well The Strokes and The Killers did, and wonder how the various members of Walkmen keep themselves in such fine threads, let alone how they pay the rent...). It’s no wonder he’s turned his back on melancholy and heft in favour of something that tickles our endorphins. It hasn’t quite got me under its spell but the pace is so unrelenting that it’ll get me in the end.

I spend a lot of my life wondering whether everything in my inbox is some kind of Chris Morris joke. It’s not that I’m deeply untrusting or unable to decipher humour, it’s just that there’s so much music that seems so conventional and cliched that it must be a joke. I can’t be arsed to write anything, I’ll just insert this bit of #REALMUSIC press release speak for you to read:

...the single is a freewheeling slab of garage-rock and 60s inspired Rhythm and Blues. ‘Puppet’ charges into view with an unforgiving swagger combining raucous hooks, spiraling guitar lines and a tight and taught rhythm section that nods towards the British Invasion bands of the early 60s. Entwined into this are moments that recall the infectious grit of Ramones, hints of The Flaming Sideburns and The Hellacopters rawk ‘n roll and the throttling beat of Babes in Toyland. Jennifer Ahlkvist's vocals yelp and scream with anger as she exclaims “you never wanted me, you kicked me to the ground and left me there to die” as the warm surf guitar riffs cruise in amongst handclaps, foot tappingly incessant drums and a deep, bubbling bass line; all this combines to make them a bristling modern day counterpart to any great Nuggets acts.

BOTTOM OF THE PILE

Those haircuts, that Urban Outfitter authenticity, the glossy production, the plodding drums: KoL are so easy to hate. The fact all of their songs have this simple formula doesn’t help matters: tease the chorus, trickle in with the first verse, break-down, explode, bring it right down again, and crash back into some one-line-repeated chorus, a little guitar solo, a middle-8, back in to the chorus and fade out. It’s a tried and tested formula that has seen these farm-hands become as big as The Stereophonics and Foo Fighters, and treated with almost as much contempt by anyone who’s ever heard of Slint.

‘Temple’ is KoL-by-numbers. It’s efficient. It’s knowing. It’s a hollow entertainment product. It's everything Cobain never wanted to be.