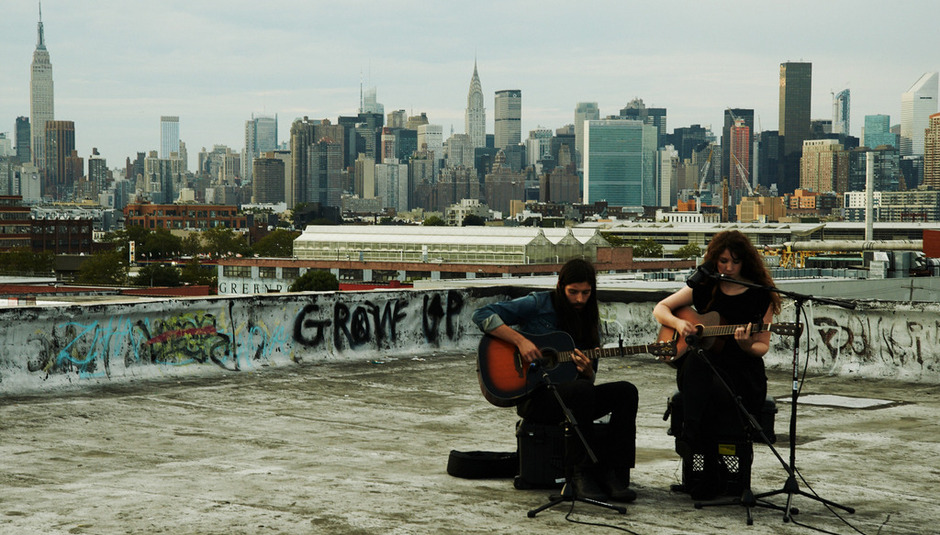 All Saints and Dazed & Confused have teamed up to create a special series of NEW MUSIC CITIES documentaries, which feature performances and stories from various cultural hubs.

"You can come to New York to be offensive or to be defiant."

There are more documentaries in this series to come next year too. Each installment features pioneering musical figures with a connection to their respective city. Coming up they have Swedish singer-songwriter José González in gothenburg, South London native Roots Manuva on home soil; plus international DJ Gilles Peterson in Tokyo.

"The music scene in Brooklyn... you might not know the band because they might have formed yesterday and that's how it becomes a community and that's how you get that DIY vibe." Robert Earl Thomas, Widowspeak.

Brooklyn dream-pop outfit, Widowspeak, are guitarist Robert Earl Thomas and vocalist Molly Hamilton. Well known on the NYC music scene for their hazy, western-tinged take on classic rock and roll, the duo create music that captures the daily struggle between the hectic present, whilst reminiscing about the more carefree past.

"I want to be different from everyone else, I don't want to be the same. I do what I wanna do, and that's it."

Hailing from Brooklyn, New York; Unlocking the Truth is a heavy metal band made up of three seventh graders, Malcolm Brickhouse (electric guitar), Jarad Dawkins (drums) and Alec Atkins (bass guitar), whose interest in metal was kick-started through their love of Japanese animated TV shows and wrestling programmes.

"It's a city that kind of lives like I do I guess, or has the same style of existence that I do, you know, it fits, it suits my needs very much." Matthew Koshak, guitarist

Their EP , Prison to Prison was released on Brooklyn label, Pendu Sound and they recently filmed a live performance for Vogue.com. Capturing the duo's beguiling presence, this exclusive #NewMusicCities session delivers a truly hypnotic performance.