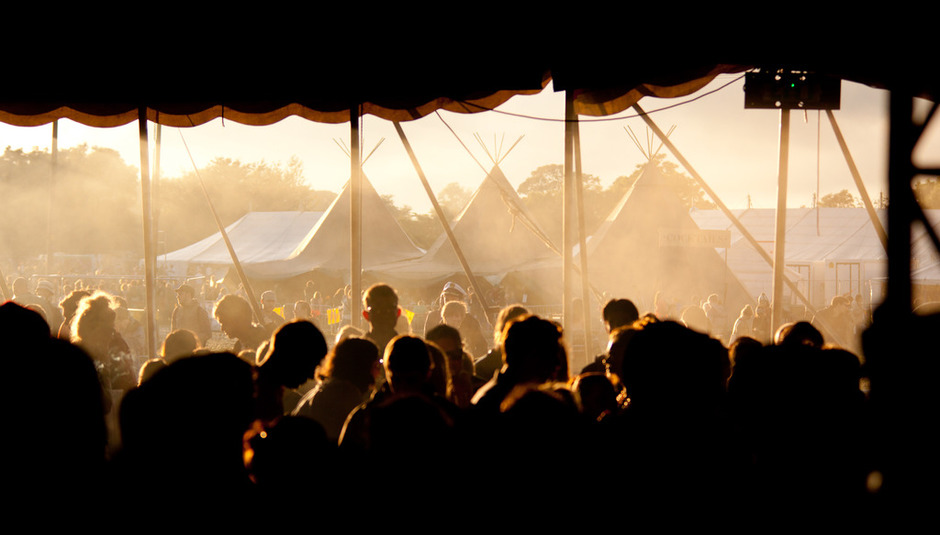 DiS had a blast at Beacons last year. With its classy combination of major artists from the leftfield, minor artists from the future and noisy punk bands from the best DIY spaces in the north of England, the festival that nearly never was became pretty much the best live music event Yorkshire’s had in ages.

Needless to say we’ll be going back to Skipton’s Heslaker Farm again when Beacons returns on Thursday August 15th - Sunday August 18th 2013. And with headline slots being filled by Django Django, Local Natives and Bonobo, DiS is head over heels with delight to be able to offer you the chance to join us there.

To find out how you can win tickets to the festival, records and merchandise from a bunch of bands on the bill, and awesome headphones courtesy of Philips, Noisey and You Need To Hear This, scroll down for a bit or click here to play Beacons Or Bacons!

For the more attentive of you, here’s a few suggestions of who to check out now that the timetable’s been announced, ready for us to smudge with runny highlighters.

The first band that’s jumping out at us from this year’s schedule is Big Deal, who with the release of their second album June Gloom earlier this year have grown up from being tearful (if terrific) two-piece into a proper riffs-and-beats rock band. You won’t find anywhere better for these choruses than a (hopefully) sunny field near Skipton.

NOPE, You Need To Hear This, 5pm

One of last year’s noisy DIY bands making a welcome return, NOPE come from Leeds and Bradford and play krauty psych-rock really loudly, really excitingly, and just really fucking well. The line-up features members of other great West Yorks types That Fucking Tank, Cowtown and Runners which, if you know any of those bands, you’ll recognise that’s quite a seal of approval.

The festival’s still a few weeks away but we’re already torn between Fucked Up (You Need To Hear This, 11pm) and Bonobo (Loud And Quiet, 10.45pm) so let’s skip ahead to where we’re sure we’ll be at midnight – that is, drowning a big ol’ lovely puddle of John Talabot sophisticated Spanish house.

Making the trip from Dewsbury, on the other side of the M62, Louis Jones will provide a lovely bit of Saturday afternoon sunshine if the festival site is starting to get soggy. His second album as Spectral’s, Sob Story came out a few months back, and while it’s far from cutting edge, it’s a strikingly contemporary take on old fashioned pop. Lovely.

Now we’re getting exotic. Coming all the way from Marple, Dutch Uncles are doing something this summer that we thought couldn’t be done – throwing together Steve Reich and 70s disco, and turning wonky, nerdy, awkward pop songs into bona fide festival anthems. Unmisssable.

The band that was post-punk before the Pistols had even packed in – IT’S WIRE FOR CHRIST’S SAKE.

You might have noticed we went a bit mental for Hookworms’ Pearl Mystic in March. That’s because it’s completely brilliant, bringing together abstraction and intensity, psychedelics and subtlety, fury and restraint. This is a band that makes every show career-defining.

Savages, You Need To Hear This, 9pm

Another one from this year, but this time without having to face the cynicism that every next big thing has to fight against. The challenge Savages faced when making Silence Yourself was capturing the irrepressible energy of their gigs – the challenge they face now is working out how they can possibly get any better at playing live. We can’t wait to find out.

You’re cold, you’re tired, you’re hungry and you’re probably a bit too pissed. Is there anything in the world that’s going to cheer you up any more than dancing your ass off to ‘Default’?

So, if all of this is sounding pretty great to you, join us in playing a quick game of Beacons Or Bacons and you could be going to the festival. Here's what we've got to give away...

FIRST PRIZE: A pair of tickets to Beacons, a pair of Philips Fidelio headphones courtesy of Philips, Noisey and You Need To Hear This, a Bonobo XL tee-shirt, Wet Nuns – 'Broken Teeth' on 12" and Esben & The Witch – Wash The Sins Not Only The Face on CD

THIRD PRIZE: A pair of Philips Fidelio headphones courtesy of Philips, Noisey and You Need To Hear This, T.Williams – 'Dreaming' on 12", Jaws - 'Milkshake' on 12" and Mikal Cronin – MCII on CD

And here's how it works... Below are four photos – one of them is Beacons, the others are Bacons. As in, one of them is an act who is playing Beacons, the other three are famous people whose surname is Bacon. All you have to do is tell us which one will be taking to the stage at Heslaker Farm and we'll pick winners at random from whoever gets it right. Tweet your answer – picture one, picture two, picture three or picture four – to @robertcooke_ or comment below before noon on Friday 2nd August and you could be going to Beacons.

For more information, hit up www.greetingsfrombeacons.com.